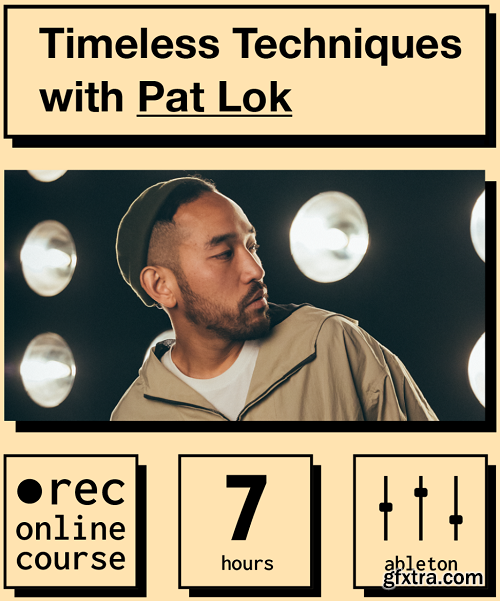 IO Music Academy Timeless Techniques with Pat Lok TUTORiAL-RYZEN
RYZEN | 25 November 2022 | 3.24 GB
Pat Lok’s output since his 2017 debut has been nothing short of explosive, with remixes for some of the biggest names in dance music and a long-standing affiliation with respected French fashion brand and label Kitsuné Music. In this five-day course, he’ll walk you through the techniques he’s used to write the disco and R&B-infused house that’s made him a favorite of Spotify editorial playlists like New Music Fridays and Mint. Pat will cover everything from sound design and sampling to processing and mixing, giving you priceless tips and tricks that will inject soul and funk into your productions.

Since his widely-celebrated 2017 debut, Vancouver-native Pat Lok has been synthesizing the sounds of the future. Boasting a cool 20 million streams on Spotify alone, his penchant for blending R&B, soul, disco, and house has captivated listeners across the globe. As a frequent flyer on Spotify’s expansive directory of editorial playlists, including multiple New Music Fridays and Mint placements, Pat has streamlined a signature sound that resonates with the everyday music consumer and veteran music critics alike - cementing his reputation as a sought after remixer by the likes of Duke Dumont, Martin Garrix, and Dillon Francis.