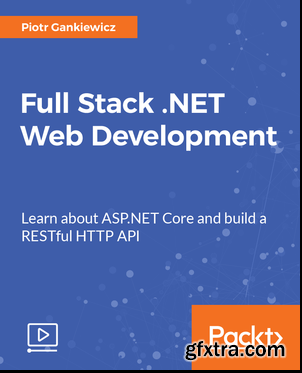 Microsoft published the .NET Core framework, which is a fully open source and cross-platform solution; ASP.NET Core started getting a lot of traction as well. This framework was built from the ground up and its architecture is all about the so-called middleware and request pipeline, which makes it both very powerful and easy to use.

In this course, we will start with the basics of ASP.NET Core framework and discuss how to extend the already existing architecture of the Core framework. Further, we will define the architecture of our application, Cubo, which will be a simple key and value store. In order to create a RESTful HTTP API, we will need two projects—the Web API itself and the Core containing domain models and business logic—in order to properly define the responsibilities within our solution. We will start with coding the Core of our solution by talking about repositories, application services, and Data Transfer Objects (DTOs). We will eventually implement the RESTful HTTP API and make use of our Core project along with some design patterns such as Dependency Injection (DI) to abstract away the business logic from the controllers. Finally, you will find out how to perform HTTP requests by using tools such as cURL and Postman. In further sections, we will focus on the use of Server and Entity Framework. Unit and integration (end-to-end) tests will be implemented in order to ensure that our application works properly and that new changes do not break already existing functionalities. We will then create views using HTML, CSS, and javascript to interact with the API. Moving on, we will focus on executing asynchronous requests to the server and handling the responses.

By the end of the course, you will have discovered the basics of the EF library and implemented repositories to store our domain models.