The Roman Empire: From Augustus to the Fall of Rome
Categories: Tutorials » Other Tutorials 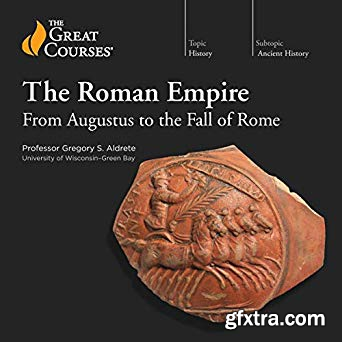 The Roman Empire: From Augustus to the Fall of Rome


In 31 BCE, on an otherwise unremarkable afternoon in the Mediterranean, the Roman general Octavian surveyed the aftermath of the ferocious Battle of Actium, where he’d defeated his rival Mark Antony in a war for control of Rome. This moment, in which a military leader rests and reflects on his next move toward becoming the sole leader of the Western world, is the germ out of which grows one of the most breathtaking stories in world history. This leader would soon ingeniously maneuver his way to become Rome’s first emperor, setting the stage for five centuries of Roman expansion; warfare; and, ultimately, collapse.

When Octavian, who took the title of Augustus as the first emperor of Rome, defeated Mark Antony to become the sole ruler of the Roman world, it was a major turning point in Western civilization. Not only did his decades-long rule completely transform the old Roman Republic into the Roman Empire, but it also profoundly shaped the culture and history of our world today. The Roman Empire: From Augustus to the Fall of Rome traces this breathtaking history from the empire’s foundation by Augustus to its Golden Age in the 2nd century CE through a series of ever-worsening crises until its ultimate disintegration.

Taught by acclaimed Professor Gregory S. Aldrete of the University of Wisconsin–Green Bay, these 24 captivating lectures offer you the chance to experience this story like never before, incorporating the latest historical research, perspectives, and insights that challenge our previous notions of Rome’s decline. Professor Aldrete examines the major events and familiar figures of the Roman Empire, including:

The political innovations of Augustus—and his one major shortcoming;

The mental instability and cruel acts of Caligula and Nero;

Writers such as Ovid, Horace, and Virgil;

The stoic philosophy of Marcus Aurelius;

Attila the Hun, Alaric, and other “barbarians” who threatened the empire; and

Christian philosophers such as Augustine and Jerome.

But this course also moves beyond the famous figures and delves deeply into the lives of ordinary Roman women and men. You’ll read the messages they left on tombstones or scribbled on walls as graffiti; examine what life was really like for average city-dwellers and the hazards they faced every day; spend a day in Rome’s spectacular public entertainments, such as gladiator games and chariot races; and explore some of the city’s marvelous architectural and engineering works, including the Pantheon and the aqueducts.

The more you learn about the ancient Romans, the more you will realize how much we still walk in their footsteps. From particulars of the English language to our system of government to our religious practices, we are still experiencing the echoes of the Roman Empire in our world today. Indeed, we cannot truly understand ourselves unless we comprehend the vital influences of Rome on the modern world—and the lessons the empire can still teach us. The Roman Empire: From Augustus to the Fall of Rome is an informative—and highly entertaining—guide to one of the most important periods in world history.

Study the Roman Emperors—Stable and Strong, Strange and Insane

One major theme throughout the Roman Empire is the tenuous nature of power. Because Augustus selected heredity as his succession plan, each emperor had to reckon with choosing—or, in some cases, adopting—his heir. Frequently, emperors who inherited the title were incompetent at best, and some were downright depraved.

Because history is ultimately about people, Professor Aldrete introduces you to the characters behind the names, and brings their stories to life. You’ll find out who stabilized Rome, and how; who spent money on useless projects such as a 100-foot golden statue of himself in the nude; who the citizens loved and who the citizens feared. For instance:

Tiberius was dour and introverted, and was often tight-fisted, which didn’t endear him to the citizens, but he did secure the borders.

Caligula, meanwhile, took the throne riding a wave of popularity, but his reign soon degenerated into madness, bizarre actions, and terror.

Nero never fiddled while Rome burned, but he did murder senators, citizens, and even his own mother (a process that took numerous Monty Python-esque twists and turns).

Domitian had a habit of shutting himself in his room for hours at a time, catching and impaling flies.

Constantine founded a second capital city for the Empire at Byzantium and immodestly renamed it Constantinople after himself.

While surveying the major figures gives you a broad look at the empire’s history, Professor Aldrete goes beyond the traditional “kings and battles” approach to show you what life was like for ordinary people—starting with the nature of the city itself.

Given the traditional historical emphasis on Rome as a civilized city of good governance, engineering marvels, and magnificent architecture, you might believe the city was a clean metropolis made up of beautiful marble and elegant baths. In reality, the city was dirty, dank, and disease-ridden. Professor Aldrete cites the five F’s: floods, fires, famine, filth, and fevers—not a place you’d want to visit.

Traditional history has relied on elite, upper-class, and primarily male sources to tell us about life in Rome, but recent historians have focused on additional sources to bring the story of everyday Romans to life. In this course, you’ll examine a variety of sources that were previously overlooked or unexamined, including letters; administrative documents; epitaphs on tombstones; and, perhaps most interestingly, graffiti.

The graffiti gives us exciting insight into the minds of people long gone—and long ignored in the history books. You’ll discover eerily modern-sounding commentary on the walls of Pompeii, preserved thanks to the infamous volcano: advertisements for rooms for rent, creative and amusing political campaign ads, complaints about service in the local tavern, vulgar commentary, and even simple announcements along the lines of “Septimius was here.”

Investigate Why and When Rome Finally Collapsed

Two of the most intriguing questions about the Roman Empire are why, and when, it collapsed. As you’ll discover, historians can make the case for numerous years, including:

31 BCE: The Battle of Actium, which marked the end of the Old Republic

180 CE: The death of Marcus Aurelius, the last in a string of “good” emperors during Rome’s Golden Age

312: Constantine’s conversion to Christianity, the next major force to sweep across the West

410: The Visigoth Alaric’s sack of Rome

1453: The fall of Constantinople to the Turks

1917: The Russian revolution and the final end of a system that had once considered itself the ideological heirs of Rome

Professor Aldrete does not give you an easy answer, but rather shows how history develops over time, driven by a multiplicity of factors. Forces ranging from barbarian invasions to economic collapse to climate change all played a role in the gradual end of the Roman Empire.

He also brings in a fascinating counter-perspective. The traditional story is one of collapse as Rome disintegrated and the gloomy “Dark Ages” emerged in the 4th and 5th centuries. Recently, historians have been re-examining the years from 200-600 and discovering a different story. They see in this era—“late antiquity”—invigorating change and a vibrant mingling of cultures.

Historians could debate the end of the empire all day, but Professor Aldrete simply presents the evidence and leaves it to you to formulate your own answers. One thing is certain: The Roman Empire may be ancient history, but it is far from over. The Roman Empire: From Augustus to the Fall of Rome gives you an exciting, informative, often-amusing, and always entertaining look at an era and a people who continue to astound and interest us today.