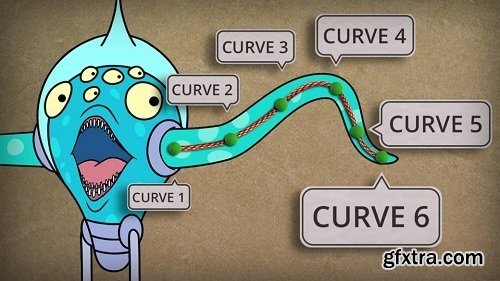 Throughout the duration of this tutorial we'll create two deformation character rigs. We'll begin this process by examining the design of our first character followed by learning how we can rig different parts of our character with curve deformers.


From here we'll learn how we can connect all of these deformation rigged body parts in the network view by establishing a hierarchy arrangement. Following this we'll examine the design of our second character and begin the process of rigging different body parts with bone deformers.

Along the way we will also learn how to adjust the articulation points for bone deformers, apply additional deform modules, rig the parameter of a drawing, and apply additional deformers and swap them out on the same deformation layer. Finally we'll finish by creating a hierarchy arrangement for our second character in the network view.

By understanding these powerful deformation tools that are exclusive to Harmony, you will be able to hit the ground running creating deformer rigs for your own cut-out styled characters while having a lot of fun.