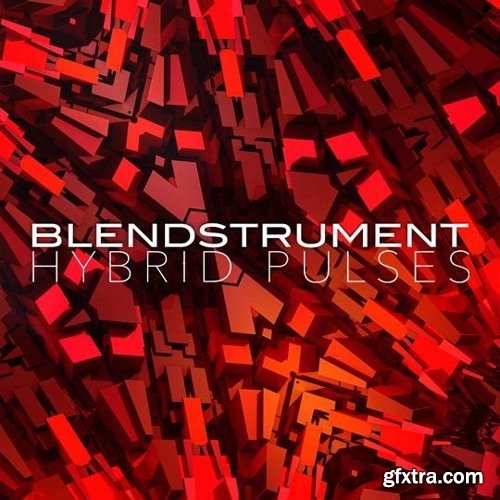 Blendstrument Hybrid Pulses was created by Academy Award, TEC and G.A.N.G Award Winning Composer, Troels Folmann and a team of the best sound designers in the industry.

The Blendstrument is like an eternal box of chocolates. You never know what you are gonna get. But we promise whatever you create will be yours and yours only. It is our intention to offer this tool, so you can create something entirely unique.

So get Blendstrumenting, have fun and create the most delicious sonic chocolate!

Total Randomization & FX
The BLENDSTRUMENT is designed around the ability to randomize everything and create completely new sounds and instrument that no mortal soul has ever heard. This includes the ability to RANDOMIZE everything, including samples, sample parameters, global effects, anything that could possible be randomized. All it takes is a single click and you have created an entire, never heard before, universe of sounds.

Pulse Architecture
The BLENDSTRUMENT is designed to be a rhythmic, pulsing instrument that adapts to your DAW Host-Tempo. We designed in such a way that you can PULSE between two different pods, which each contains a fully loaded Blendstrument. The PULSE architecture allows you control all crucial elements in the pulsing, including MIX, PAN and SPEED of the PULSE. If that is not enough – try combining it with our advanced GATE function too.

Reversed Blendstrument
We also created the entire Blendstrument in REVERSE. Every single sample now plays backwards – creating an entirely new take on the Blendstrument. This is great for creating more underscore type of beds and works fantastic with regular Blendstrument too. A great trick is to load two instances of Blendstrument. One regular and one reversed. Assign them to same midi-channel and active one POD in each. You now have both forward and reversed at the same time.

Chaos Effects 3.3
The Blendstrument contains a massive global FX section and RANDOMIZATION system, but we also added our latest 3.3 FX Chaos Engine on top. This feature is recommended for power-users that want to shape their Blendstrumentation even further, including Filter, Step-Based Filter, EQ, Bit-Crusher, Distortion, Dual Stereo-Delay and two additional convolution systems on top of our custom Textural Convolutions.

Panorama
One of the most unique features of the Blendstrument is the fact that each sample comes in 5 completely different variations. You can control each of these variations independently, so essentially have 5 variations of the same sample behave, pan and pitch completely on their own. We call this feature PANORAMA. The PANORAMA creates highly advanced poly-rhythmic and poly-panoramic (new word!) feel to the Blendstrument.