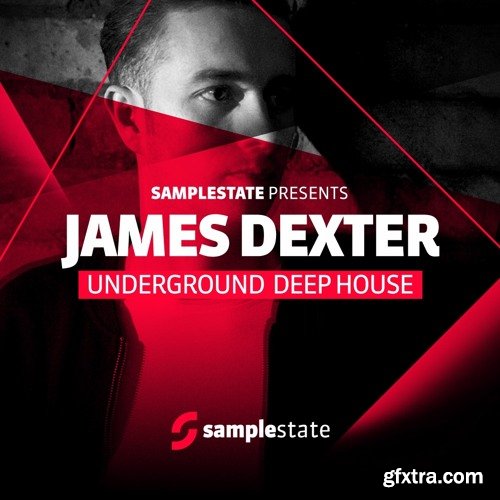 Having spent several years immersed in the London underground House music scene James Dexter is a name now recognized by most. James has signed music with a number of well-respected & highly influential labels including the likes of Dessous Recordings, MadTech, ElRow, Holic Trax, Lost My Dog Records, Unblock Music, Large Music & Little Helpers, as well as his own new label imprint Inermu, With a solid production and label catalog James has gained support from some of the industries leading artists. With upcoming releases on Poker Flat Wax and also Roush, James looks set to become a true force of UK house music.

As always its Samplestate's philosophy is to bring you forward thinking and inspiring artists, delivering unique high quality sample packs that can provide endless inspiration for our latest productions.

The pack comes prepared in both Apple Loops format, including pre-analysed aif files for Logic as well as a standard .wav pack. Both pack varieties include sampler instrument for every one shot sample in (EXS24/Kontakt/NNXT/Halion).

Check out the demo for an idea of what this pack has in store.