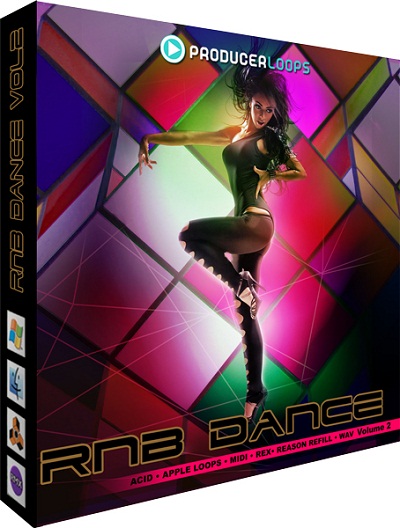 Producer Loops RnB Dance Vol 2 WAV/MIDI/REX | 862MB
'RnB Dance Vol 2' is the second in this huge hit-making series from Producer Loops, bringing you FIVE awesome Construction Kits inspired by one of the hottest genres in the charts today. With both commercial and underground appeal, as well as a professional feature set, this is a must-have sample library for any wanna-be Pop/RnB icon.

About the Producer:
'RnB Dance Vol 2' was produced exclusively for the Producer Loops label by Simon West Rudd from "The Fliptones" who are one of the world's leading music production acts, having created countless hits for artists including Jason Derulo, Lil Wayne, Ice Cube, Flo-Rida, J-Lo and many more.

Product Detail:
Of course, with such an expertly crafted selection of raw and punchy basslines, in-your-face synth leads, pads, build FX and more, the appeal of this pack isn't limited to those looking for chart domination. Producers of more underground styles will find plenty of inspirational material suitable for virtually any kind of Electronic music.

A&B Sections:
With every kit consisting of both A & B sections, this pack is about more than re-arranging loops. It's about building songs. So check out the MP3 demo to hear the cutting-edge sounds on offer, and read on to find out more about the complete feature set of this pack.

The "RnB Dance" Series:
This pack is part of our successful RnB Dance Series which focuses on delivering current, chart-ready Construction Kits, samples and loops designed to be combined with lead and backing vocal performances to create a new generation of smash hits.

MIDI Loops:
Like most other Producer Loops releases, this pack features some melodic and rhythmic MIDI loops allowing producers to use their favourite synth or sampler sounds with the phrases included. Unlike pre-rendered audio loops, MIDI can be scaled to any tempo and played back at any pitch without glitching or artefacts. Please note: Due to the native of the included parts having been synthesized, rather than melodically played, we are only able to include a handful of MIDI files with this product.

Vocal Ready:
These kits have been specifically written and mixed to leave room for lead and backing vocals for a commercial, radio-ready sound.