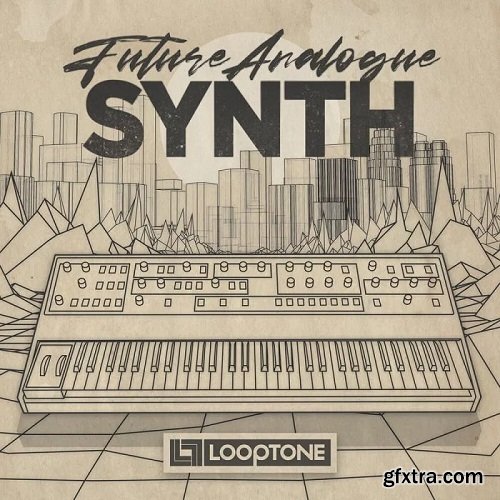 
Weighing in at over 1GB, Future Analogue Synth’s 257 loops all come from a single powerhouse instrument: arguably the greatest, and certainly the most recorded five-voice polyphonic analogue synth of the early ’80s, as made famous by the likes of Japan, The Cars, Level 42, Phil Collins, Asia and countless other big-hitters of the decade. Sequenced and played by a hugely experienced producer and musician, the library is divided into Bass and Keys folders at 100, 120 and 140BPM, and covers every musical angle, from classic bouncing disco b-lines, squelchy funk workouts, fat unison leads and animated arpeggios, to infectious keys, moody melodic evocations, rippling plucks and mod-happy pads. At up to eight bars long, each loop is given plenty of space to develop and evolve, and every one is key-tagged for ease of use.

In terms of post processing, with the synth itself being very much the focus, the only other box in the chain is a super rare Oram DM-16 Summing Mixer, used simply to enhance the lush analogue warmth captured in the recordings.

The upshot is a perfectly poised hybrid of vintage sonics and on-point contemporary sequences, performances and progressions, with a level of tonal and textural consistency rarely heard in any sample library. Whether you’re looking to bring a touch of retro chic to a smouldering deep house number, or go full-on old-school for your next rave banger, your choons are sure to profit from a bit of Future Analogue Synth.

Please note: The Drums, Vocal and 808 Bass Kick in the Demo are not included in this pack.