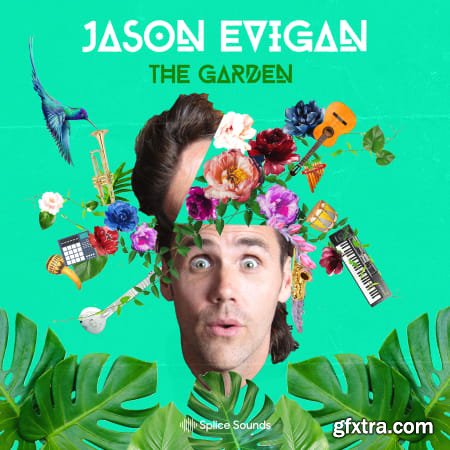 Splice Jason Evigan The Garden Sample Pack WAV-DECiBEL
Team DECiBEL | 05 Jun 2020 | 480.7MB
Jason Evigan is a musician, singer, songwriter, and record producer. He worked with Dua Lipa on her highly anticipated sophomore album, Future Nostalgia, where he produced and co-wrote her single "Physical" and co-wrote "Boys Will Be Boys." He also produced and co-wrote half of the latest RUFUS DU SOL album, along with several tracks on Hobo Johnson's album including singles "Typical Story" and "Uglykid" ft. Elohim. Other songwriting credits include co-writing and production of Maroon 5's "Girls Like You" and "What Lovers Do," Madonna's "Ghosttown," Demi Lovato's "Heart Attack," Jason Derulo's three-time platinum "Talk Dirty," and David Guetta's "Lovers on the Sun."

Before his career as a writer-producer, Evigan was the lead singer of After Midnight Project. Though he came up in the alt-rock scene, his palette is expansive encompassing hip hop, R&B, pop, rock, metal, EDM, and singer-songwriter music. Recently, he and his wife formed a music duo called Elephant Heart, which pushes genre boundaries and expresses ideas of love and spirituality.

This pack is the most thoughtfully picked and arranged bouquet from the garden of Evigan's life. You'll find his signature sounds, custom chords and progressions to inspire new songs, synths recorded to tape machines, and more. This garden is truly varietal featuring pop, funk, and a wide variety of electronic music. There's no way to not have fun making these unique samples your own.