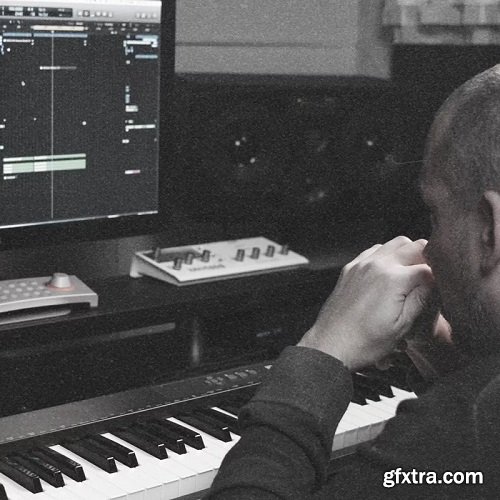 
This producer pack includes a generous number of components.

1. Three Part Noisecontrollers Video:
We hung out with Bas for a day, starting with his journey to the studio, all the way to the late hours of the night. We asked him questions about different tracks and kept the cameras rolling as he discussed a wide range of topics that came to mind. Step inside the mind of this hardstyle legend and enjoy these walkthroughs in HD video and audio.

- Chapter 1: A New Beginning - Noisecontrollers opens up an existing project file showing us the early stages of what would go on to become his new track People Are Awesome. He discusses inspiration, explains different layers within the project, and his go to processing.

- Chapter 2: Headlights - Noisecontrollers takes us inside the project file of his recent single ‘Headlights.’ We explore the project layer by layer, with Bas discussing each element of the track, and his approach to signal processing.

- Chapter 3: The Character Of A Kick - In this chapter Noisecontrollers delivers a tutorial solely devoted to designing the character of a kick starting from a basic 909. The character accounts for the overall tone. Bas leaves you with a set of foundational tools that allow you the flexibility to go in many different directions. We want you to take these tools and make the next genre defining kick!

2. Chapter 1 Bonus Project File:
This project file contains four synths pulled from chapter 1, all of which are done with stock Logic instruments and stock logic processing. Get direct access to three beautiful leads, and the leading pluck that serves as the foundation in the chords for ‘People Are Awesome.’ Drag and drop the midi from this project file into your own project to kickstart your inspiration. Having the midi is extremely useful when you want to analyze the musical building blocks of the track.

3. Headlights Project File:
That’s right… we are actually giving you the logic file for the 2019 Noisecontrollers single ‘Headlights.’ Complete with the vocal acapella, midi, processing settings, signature reverbs, drum grooves, FX lines, samples including the Headlights kick, and synth stacks that you can pull from and use in your own productions. Almost all the instruments are done using stock logic synths with logic FX racks that are instantly available for use by any logic user.

5. Sample Pack:
The guys at the 789ten office were LITERALLY SHOCKED at the quality sounds he gave away. This pack consists of 300+ samples used in past and upcoming Noisecontrollers releases.

The most jaw dropping element of this sample pack has got to be the extensive kick library.

Included is a folder of 86 modified versions of a single classic kick used in the 2005 - 2007 era of Noisecontrollers productions. Other kicks included are the Eternity Kick, Headlights Kick, Signature NC Kick, So High Kick, Q-Base Kick, Psy Kick, and Trap Kicks. These are the real kicks used in the tracks that built Noisecontrollers into a household name and shaped the genre of hardstyle into what it is today. These ready-to-use kicks are being GIVEN AWAY and will save you days or even months of fine tuning.

6. BTS BONUS - The extra Interviews and cinematic pieces are raising the bar for all music production tutorials. We’re doing things differently, and hope that you enjoy the video!

Some highlights from these videos:
1. Through his mastery of Logic instruments and effects, Noisecontrollers walks us through the different types of processing on sounds he’s made using tools that are readily available to anyone. In this portion of the video Bas was in the early stages of writing what has now become his recent track People Are Awesome.
2. A layer by layer walk through of the project file for the recent Noisecontrollers hit Headlights.
3. Starting with a basic 909 kick drum, Noisecontrollers uses techniques that he’s honed over years of meticulous craftsmanship, to build the character of a hardstlye kick.

There is no debate about the impact Noisecontrollers has had on the world of hardstyle. This is your chance to jump inside the mind of one of the greatest legends to have ever made his mark on the genre, and take home an onslaught of samples, synths, project files, and newfound knowledge.

Most plugins used in these tutorials are stock logic instruments and audio effects, with the exception of: Avenger, LFO Tool, Serum, UAD Oxford.

It is not crucial that you have all of the plug-ins to benefit from this pack, the value comes from the technique, not the tools.