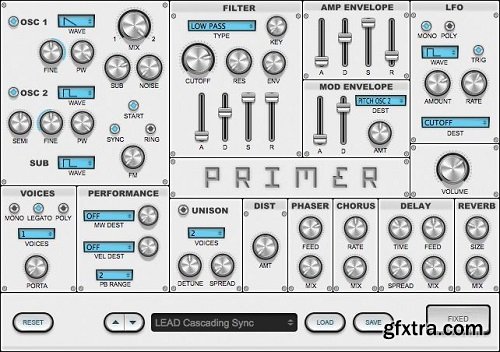 Audible Genius Primer v1.1.3 WIN OSX Incl Keygen-R2R
Team R2R | 29 Jun 2016 | WIN: 5.8 MB | OSX: 6.7 MB
Primer is a synth equipped with the most essential controls and nothing more. Created by Audible Genius, it is an exact replica of the synth used in their flagship synthesizer training app, Syntorial. As such, Primer contains the most common controls found on most subtractive/analogue synths, allowing for a wide variety of patches and sounds, while presenting a simple and easy-to-understand interface and layout.