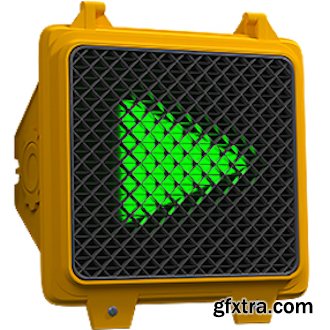 EditReady provides easy, powerful, and fast transcoding for video professionals. Modern production pipelines often involve generating a wide mix of QuickTime, MXF, AVCHD, and HDV files. A single production may use a mix of "A-Camera" files in ProRes422, "B-Camera" footage in H.264, as well as archive footage in formats like Apple Intermediate Codec.


EditReady lets you take this mix of files and convert them into a single mezzanine format, offering your post-production pipeline simplicity, reliability, and performance.

Crafted transcoding
Transcode and re-wrap footage into high quality editable formats. Get the best results without complicated setup. Carefully selected defaults mean you're up and running in no time.

Wide RAW support
Besides supporting about every MOV, MXF, MP4, and Quicktime file, EditReady lets you work with the most popular RAW formats: RED, BRAW, ProRes RAW, and ARRI — with Sony and Canon on the way!

Incredibly fast
Built for speed and optimised for the power of both old and new Macs, EditReady works with all flavours of Apple silicon and GPU acceleration you can throw at it. From camera to your NLE, in record time.