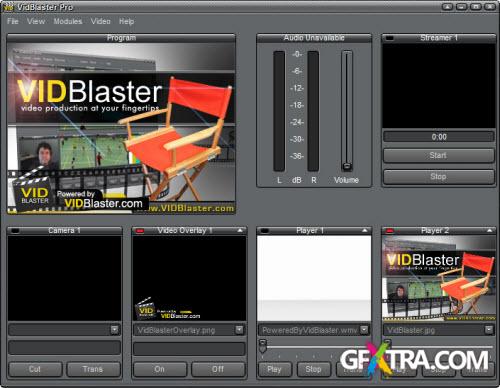 VidBlaster Studio also includes the Auto Switcher, a powerful tool that allows you to automatically switch between multiple cameras, ideal for any live production where you want VidBlaster to automate the switching for you. VidBlaster Studio allows up to 100 modules, including the Preview monitor and Video Switcher. The Studio edition enables you to setup a professional and extremely versatile control room, and is therefore often used by the demanding professional as well as television stations. The Auto Switcher makes this edition particularly useful for faith-based organizations or clubs that want to record and/or stream live events, but have no one available to handle video switching.