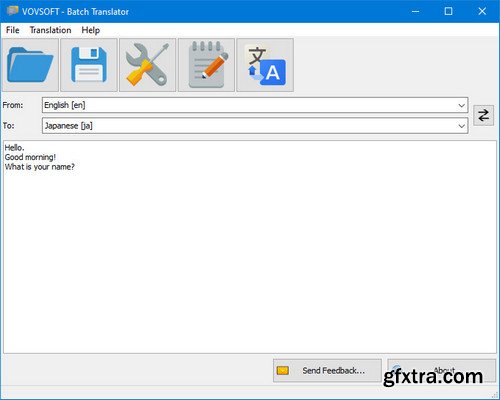 If you have a website or product to translate, it would be very time-consuming to translate every piece of text using traditional translator tools. Vovsoft Batch Translator can help you translate multiple texts at once.