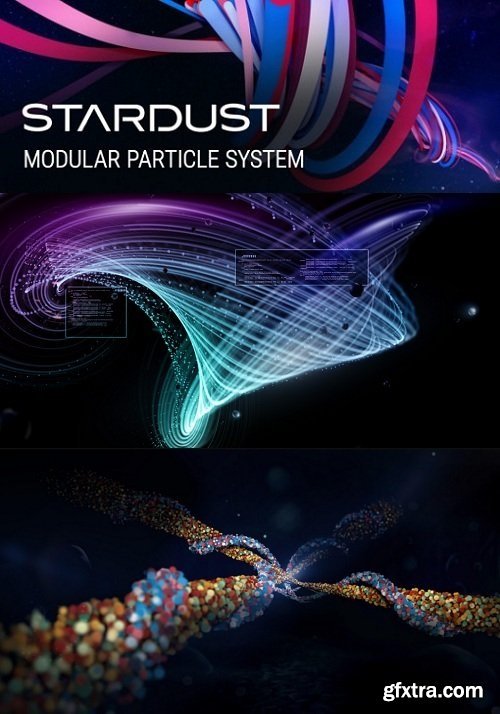 Stardust is a modular 3D particle system for After Effects. It has an easy to use node ba sed user interface and ships with a ton of presets to create stunning effects quickly and easily.

Features :
Modular 3D particle system for After Effects.
Node based interface to easily build complex systems in a single 3D space.
Add or replace smart presets in one click.
Replica, a unique tool to replicate particles in many exciting ways.
Countless particle effects for both 3D and 2D looks.