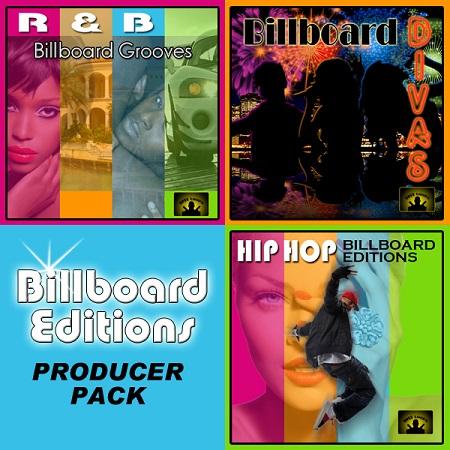 Here we have a total of 700 WAV, Apple Loops/AIFF, REX and MIDI loops for you to mix and match to create endless possibilities. Using a variety of virtual synths, drums, strings, live piano, live guitar, analog synthesizers and percussion we have created a powerful product which contains all the essentials you need to construct true Billboard, chart-topping, radio ready smash hits, from the ground up!

These files were processed using SSL technology (including outboard gear) for a polished, commercial sound. All keys and tempos are provided in the file name.

MIDI Loops:
Like all other Boss Loops releases 'Billboard Editions Producer Pack' features a number of MIDI loops allowing you to play back the melodic and drum content using any sampler instrument, Virtual Instrument, VST, or drum samples! It should also be noted that we are one of the very few Urban Labels to include MIDI files for your production pleasure.

With normal audio files, changing tempo can cause slight fluctuations in audio quality. However, with MIDI content you can transpose and change tempo to match your project with no glitching whatsoever! The melodic content could also be used with any other Boss Loops release!