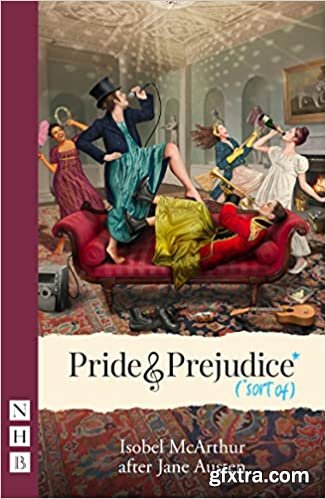 English | 2022 | ISBN: 1839040467 | 120 pages | EPUB | 1.1 MB
This unique take on Jane Austen's beloved novel is an adaptation like no other, drawing on over two hundred years of romantic pop history, and featuring five young women with a story to tell.
You might have seen them before, emptying the chamber pots and sweeping ash from the grate; the overlooked and the undervalued making sure those above stairs find their happy ending.
Of course, these women have always been running the show—after all, "You can't have a whirlwind romance without clean bedding"—but now the servants are also playing every part. Let the ruthless match-making begin!
Isobel McArthur's acclaimed Pride and Prejudice* (*sort of) was first produced in 2018 by theatre company Blood of the Young at the Tron Theatre, Glasgow, before a UK tour the following year, produced by the two companies and the Royal Lyceum Theatre Edinburgh. It transferred to the Criterion Theatre in London's West End in October 2021.
It is a truth universally acknowledged, that an amateur company in want of an irreverent all-female adaptation of a literary classic to perform, need look no further.