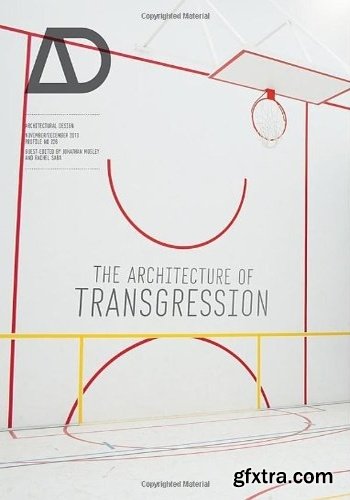 The Architecture of Transgression AD by Rachel Sara, Jonathan Mosley
2014 | ISBN: 1118361792 | English | 136 pages | PDF | 19 MB
Transgression suggests operating beyond accepted norms and radically reinterpreting practice by pushing at the boundaries of both what architecture is, and what it could or even should be. The current economic crisis and accompanying political/social unrest has exacerbated the difficulty into which architecture has long been sliding: challenged by other professions and a culture of conservatism, architecture is in danger of losing its prized status as one of the pre-eminent visual arts. Transgression opens up new possibilities for practice. It highlights the positive impact that working on the architectural periphery can make on the mainstream, as transgressive practices have the potential to reinvent and reposition the architectural profession: whether they are subverting notions of progress; questioning roles and mechanisms of production; aligning with political activism; pioneering urban interventions; advocating informal or incomplete development; actively destabilising environments or breaking barriers of taste. In this new dispersed and expanded field of operation, the balance of architectural endeavour is shifted from object to process, from service to speculation, and from formal to informal in a way that provides both critical and political impetus to proactively affect change.
Contributors: Can Altay, Edward Denison and Guangyu Ren, Kim Dovey, Chris Jenks, David Littlefield, Silvia Loeffler, Alistair Parvin, Louis Rice, Patrik Schumacher and Robin Wilson
Featured architects: atelier d’architecture autogérée, Lina Bo Bardi, Construire/La Machine, EXYZT, Didier Faustino/Bureau des Mésarchitectures, Lacaton & Vassal, N55, Catie Newell/*Alibi Studio, Wang Shu, Superflex and Bernard Tschumi