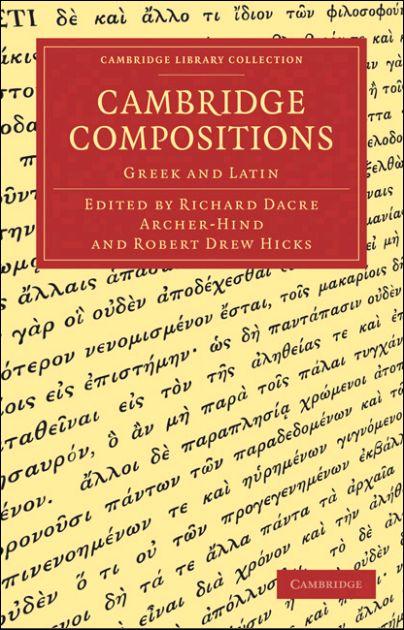 Original composition in classical languages was an important and much admired skill in the Victorian education system. In public schools and university Classics courses it was a key part of the curriculum, not only teaching the structure of the ancient languages themselves but also honing rhetorical skills.

This 1899 anthology of selections from English literature translated into Greek and Latin prose and verse, includes contributions from a whole generation of late Victorian classical scholars at Cambridge: Sir Richard Claverhouse Jebb and his successor as Regius Professor of Greek, Henry Jackson, James Adam, editor of Plato, Samuel Butcher, founder of the English Classical Association and President of the British Academy in 1909-10, a number of younger scholars and even one female lecturer. This would have been a model volume for Victorian students and remains useful today for those wanting to improve both comprehension and composition in the classical languages.