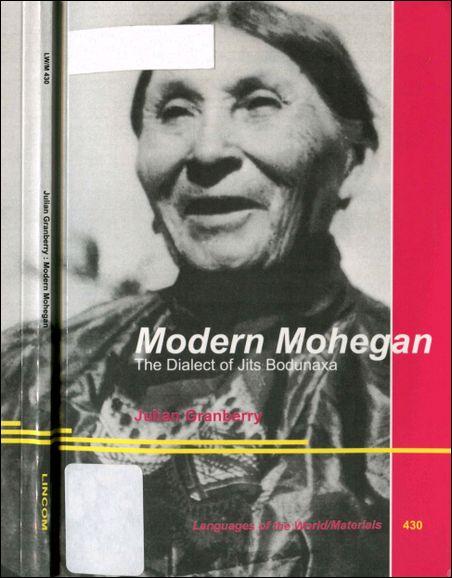 Mohegan, a dialect of the Mohegan-Pequot language of Southern New England, was one of the major Algonquian languages of Connecticut, spoken from the Connecticut River in the west to the Thames River in the east and from central Connecticut south to Long Island Sound from at least the 13th century through the 1800s.

Its last speaker, Mrs. Fidelia A.H. Fielding, died in 1908. From detailed professional phonetic recordings of lengthy texts in Mrs. Fielding's speech we have adequate data to effect a reconstruction of the language as it was spoken in the early 1900s. The present volume gives the reader an account of the phonological, morphological, and syntactic structures of the language, as well as a summary of the position and development of Mohegan and the other Mohegan-Pequot dialects (Pequot, Shinnecock, and Montauk) within the Eastern Branch of the Algonquian language family. Lexical data and sample texts are provided.