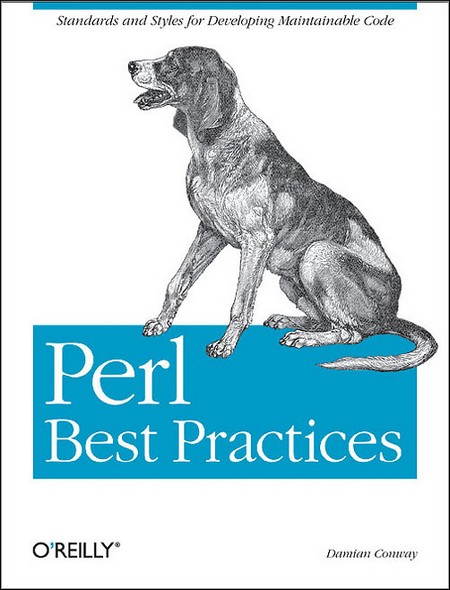 Book Description
Many programmers code by instinct, relying on convenient habits or a ?style? they picked up early on. They aren?t conscious of all the choices they make, like how they format their source, the names they use for variables, or the kinds of loops they use. They?re focused entirely on problems they?re solving, solutions they?re creating, and algorithms they?re implementing. So they write code in the way that seems natural, that happens intuitively, and that feels good.

But if you?re serious about your profession, intuition isn?t enough. Perl Best Practices author Damian Conway explains that rules, conventions, standards, and practices not only help programmers communicate and coordinate with one another, they also provide a reliable framework for thinking about problems, and a common language for expressing solutions. This is especially critical in Perl, because the language is designed to offer many ways to accomplish the same task, and consequently it supports many incompatible dialects.

With a good dose of Aussie humor, Dr. Conway (familiar to many in the Perl community) offers 256 guidelines on the art of coding to help you write better Perl code?in fact, the best Perl code you possibly can. The guidelines cover code layout, naming conventions, choice of data and control structures, program decomposition, interface design and implementation, modularity, object orientation, error handling, testing, and debugging.

They?re designed to work together to produce code that is clear, robust, efficient, maintainable, and concise, but Dr. Conway doesn?t pretend that this is the one true universal and unequivocal set of best practices. Instead, Perl Best Practices offers coherent and widely applicable suggestions based on real-world experience of how code is actually written, rather than on someone?s ivory-tower theories on how software ought to be created.

Most of all, Perl Best Practices offers guidelines that actually work, and that many developers around the world are already using. Much like Perl itself, these guidelines are about helping you to get your job done, without getting in the way.

About the Author
Damian Conway holds a PhD in Computer Science and is an honorary Associate Professor with the School of Computer Science and Software Engineering at Monash University, Melbourne, Australia. Currently he runs an international IT training company?Thoughtstream?which provides programmer development from beginner to masterclass level throughout Europe, North America, and Australasia. Damian was the winner of the 1998, 1999, and 2000 Larry Wall Awards for Practical Utility. The best technical paper at the annual Perl Conference was subsequently named in his honour. He is a member of the technical committee for The Perl Conference, a keynote speaker at many Open Source conferences, a former columnist for The Perl Journal, and author of the book Object Oriented Perl. In 2001 Damian received the first ?Perl Foundation Development Grant? and spent 20 months working on projects for the betterment of Perl. A popular speaker and trainer, he is also the author of numerous well-known Perl modules, including Parse::RecDescent (a sophisticated parsing tool), Class::Contract (design-by-contract programming in Perl), Lingua::EN::Inflect (rule-based English transformations for text generation), Class::Multimethods (multiple dispatch polymorphism), Text::Autoformat (intelligent automatic reformatting of plaintext), Switch (Perl?s missing case statement), NEXT (resumptive method dispatch), Filter::Simple (Perl-based source code manipulation), Quantum::Superpositions (auto-parallelization of serial code using a quantum mechanical metaphor), and Lingua::Romana::Perligata (programming in Latin). Most of his time is now spent working with Larry Wall on the design of the new Perl 6 programming language.