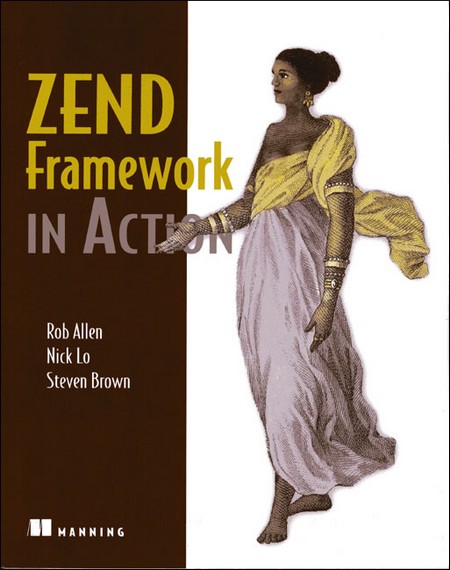 Book Description
From rather humble beginnings as the Personal Home Page scripting language, PHP has found its way into almost every server, corporation, and dev shop in the world. On an average day, somewhere between 500,000 and 2 million coders do something in PHP. Even when you use a well-understood language like PHP, building a modern web application requires tools that decrease development time and cost while improving code quality. Frameworks such as Ruby-on-Rails and Django have been getting a lot of attention as a result.For PHP coders, the Zend Framework offers that same promise without the need to move away from PHP. This powerful collection of components can be used in part or as a whole to speed up the development process. Zend Framework has the backing of Zend Technologies; the driving force behind the PHP programming language in which it is written. The first production release of the Zend Framework became available in July of 2007.

Zend Framework in Action is a comprehensive tutorial that shows how to use the Zend Framework to create web-based applications and web services. This book takes you on an over-the-shoulder tour of the components of the Zend Framework as you build a high quality, real-world web application. This book is organized around the techniques you?ll use every day as a web developer ?data handling, forms, authentication, and so forth. As you follow the running example, you?ll learn to build interactive Ajax-driven features into your application without sacrificing nuts-and-bolts considerations like security and performance.

This book is aimed at the competent PHP developer who wants to master framework-driven web development. Zend Framework in Action goes beyond the docs but still provides quick access to the most common topics encountered in the development of web applications.

About the Author
Rob Allen is a full-time PHP developer and contributor to the Zend Framework, developing the Zend_Config component. He has also written a popular getting-started tutorial available from www.akrabat.com. Rob is the Technical Director of Big Room Internet.

Nick Lo is a web designer, developer, partner, and general ?wearer of many hats? with Ingredients, located in Byron Bay, Austrailia. He was an early participant in the Zend Framework community and has published several popular tutorials.

Steven Brown is Head of Technology for New Beach Media where he oversees design, development, operations, and infrastructure. He specializes in critical thinking and analysis of mechanical and logical systems.