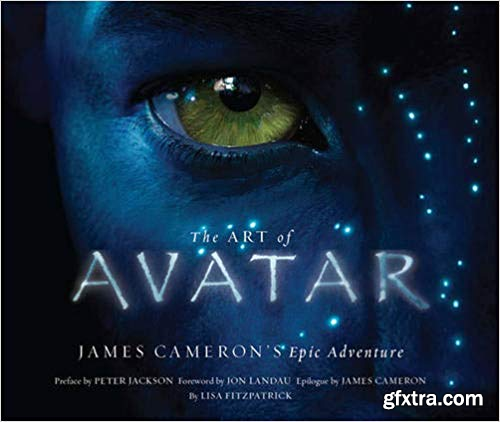 Academy Award-winning writer/director James Cameron, the maker of Titanic and the creator of the Terminator series, has been crafting Avatar for over four years. The film follows the story of an ex-marine who finds himself thrust into hostilities on a distant planet filled with exotic life forms. As an avatar, a human consciousness in an alien body, he finds himself torn between two worlds, in a desperate fight for his own survival and that of the indigenous people. The Art of Avatar, the companion book to this epic 3-D action adventure, explores the developmental and conceptual art used by the creative team to create the original world of Avatar.

With over 100 exclusive full-color images including sketches, matte paintings, drawings, and film stills, The Art of Avatar reveals the process behind the creation of set designs for the imaginative vistas, unique landscapes, aerial battle scenes, bioluminescent nights, and fantastical creatures. Interviews with art directors, visual effects designers, animators, costume designers, and creature makers bring insight into this creative process. The Art of Avatar brings readers behind the scenes of this unprecedented moviegoing experience