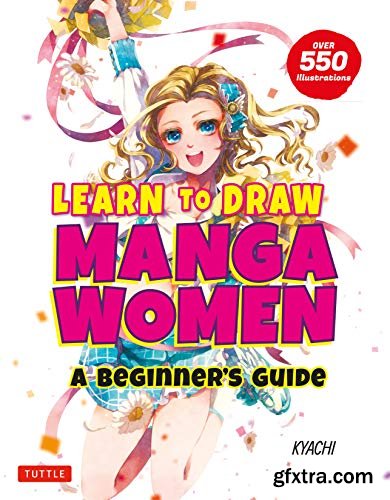 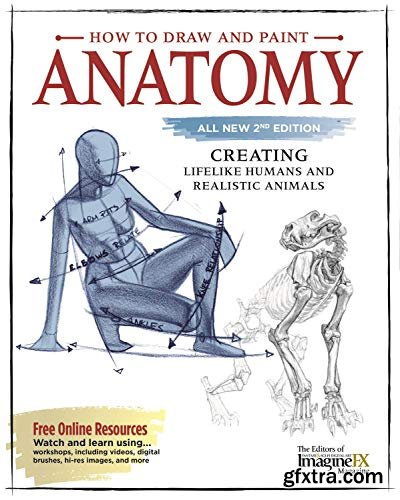 How to Draw and Paint Anatomy, All New 2nd Edition: Creating Lifelike Humans and Realistic Animals
English | 2019 | ISBN-13 : 978-1565239661 | 192 Pages | True EPUB| 69.8 MB
Understanding anatomy is the foundation of great art, and this new collection of workshops from the world's best professional artists enables artists of all levels to bring their work to life. How to Draw and Paint Anatomy, 2nd Edition is the complete artist's guide on how to draw the structures and forms of humans and animals in easy-to-follow steps. In this superb collection of human and animal anatomy workshops, the finest artists in the world share their essential figure-drawing techniques, to ensure that readers of all skill levels will create fantastic images every time. Art students, professional illustrators, and creative amateurs alike will find inspiration and encouragement to develop their core skills and embrace innovative digital techniques. This second edition is filled to the bursting point with the best anatomy advice around. Every page is packed with easy-to-follow, step-by-step guidance on how to create better human and creature figures, written and illustrated by professionals. Essentially, it's years of art college training, distilled into one place! Eight detailed workshops are devoted to drawing and painting the human body. They present easy ways to master the art of human anatomy, with practical advice from head to toe. Readers learn how to create basic forms, and improve figure drawings by establishing the underlying structure of the human body. Clear instructions are provided for depicting all of the most challenging areas, from feet, hands and torsos to legs, heads and arms. Six workshops provide practical guides to animal anatomy. Starting with the basic forms of beasts, they offer the building blocks for better animal art and creature design. The authors describe how to discern the shapes beneath skin and fur, revealing how the core of the animal body operates and how to use it to bring life to animal art. Readers find out what animal faces have in common with human faces, and the crucial ways in which they differ. An accompanying CD supports the anatomy and painting workshops with the opportunity to get closer to the annotated sketches, watch videos of anatomy drawing in action, and examine high-resolution art files that illustrate how develop digital software skills. 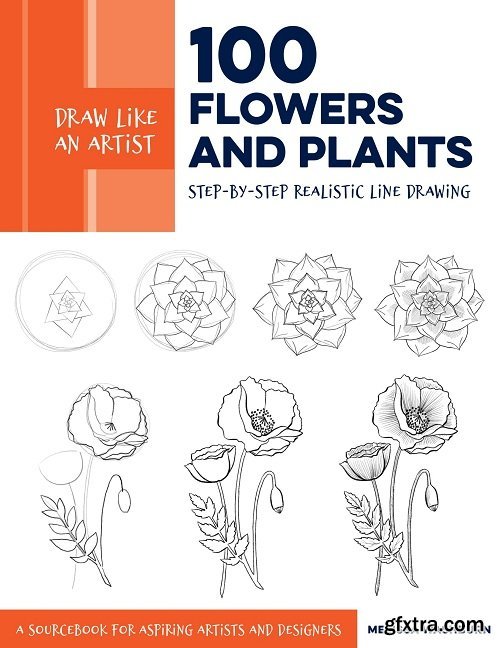 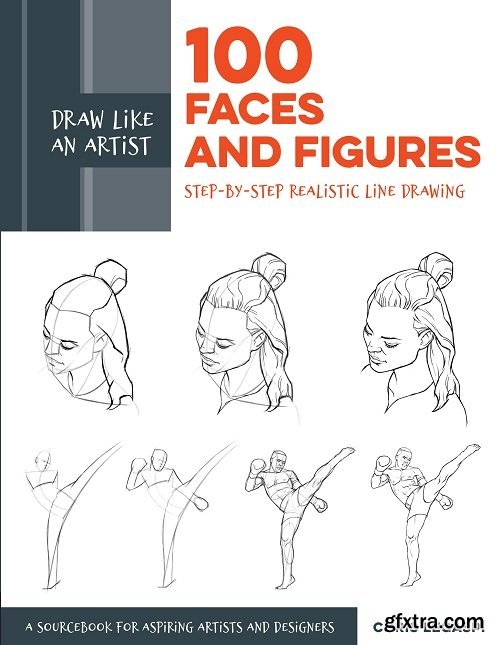 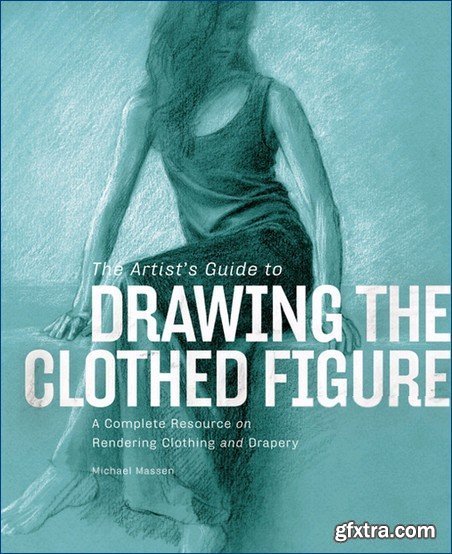 The Artist's Guide to Drawing the Clothed Figure: A Complete Resource on Rendering Clothing and Drapery by Michael Massen
English | 7 Feb. 2012 | ISBN: 0823001199 | 224 Pages | EPUB | 8.3 MB
Author Michael Massen presents his thorough and novel approach to drapery by first describing clothing and drapery as basic shapes and then illustrating how the mechanics of physics cause these shapes to bend, fold, or wrinkle in predictable ways. Expanding upon these principles, the book details how to use these concepts to render all types of clothing in any medium. Fully illustrated techniques and examples from old world and contemporary masters, from Raphael to Walt Disney, make this book the definitive text on the subject of rendered clothing and drapery and a comprehensive resource. 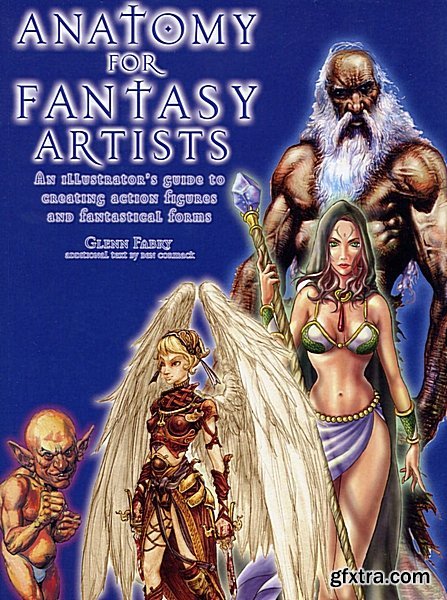 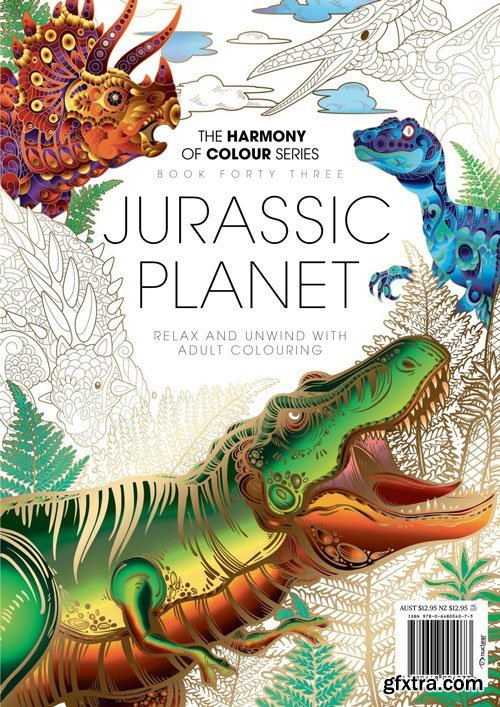 Stressed out at work? Are the pressures of the world getting you down? We guarantee relaxation with these complex Zen and anti-stress colouring pages for adults. The Harmony of Colour Series offers detailed images and patterns that are chosen by experts for their soothing properties. Be aware of the overall harmony of your colouring rather than focusing on each element individually. Try to balance the colours so that they are a reflection of your emotions of the moment. If the colours of your page are in harmony, then your mind will follow! Now… grab your pencils or textas and de-stress… and don’t forget to share your creations with us on social media. 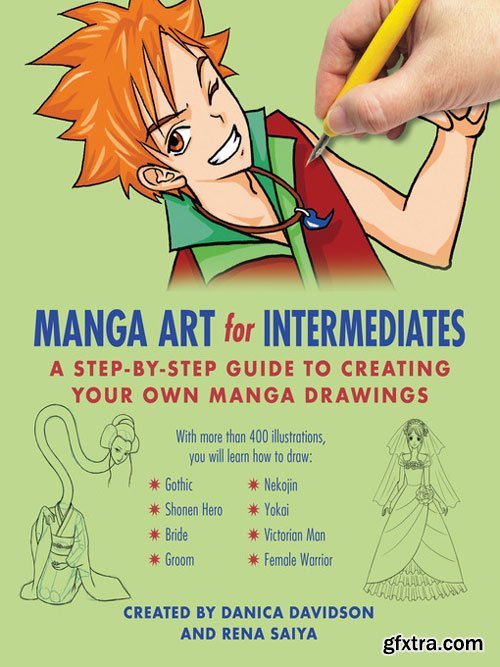 Manga Art for Intermediates: A Step-by-Step Guide to Creating Your Own Manga Drawings by Danica Davidson, Rena Saiya
English | June 12th, 2018 | ISBN: 1510729526 | 216 Pages | EPUB | 133.04 MB
Bring your own manga characters to life!
With millions of fans around the world, manga is a beloved art form. Now you, too, can learn how to draw your favorite characters from Japanese comics and anime! Manga Art for Intermediates shows you how to draw detailed clothing, facial expressions, and other features, like hair and accessories. With gradual steps and helpful tips, this book will have you creating your own colorful characters in no time at all! 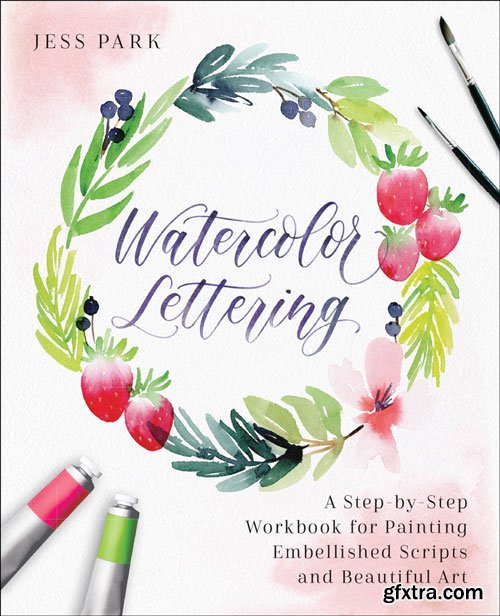 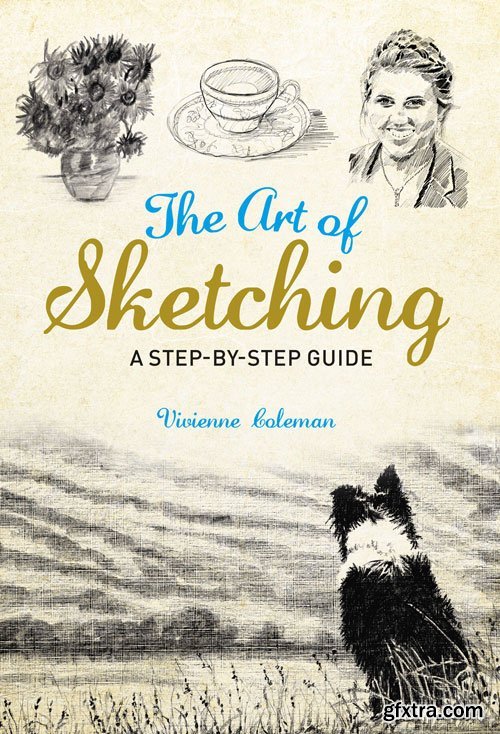 The Art of Sketching: A Step by Step Guide by Vivienne Coleman
English | July 31st, 2018 | ISBN: 1788883454 | 221 Pages | EPUB | 18.21 MB
Sketching is a wonderful pastime and a great way to build up your drawing skills. You can use it to record your experiences and subjects that interest you, just by jotting down an impression in your sketchbook.

The Everything Art Handbook : A Comprehensive Guide to More Than 100 Art Techniques and Tools of the Trade
Categories: E-Books & Audio Books » Arts & Crafts Books 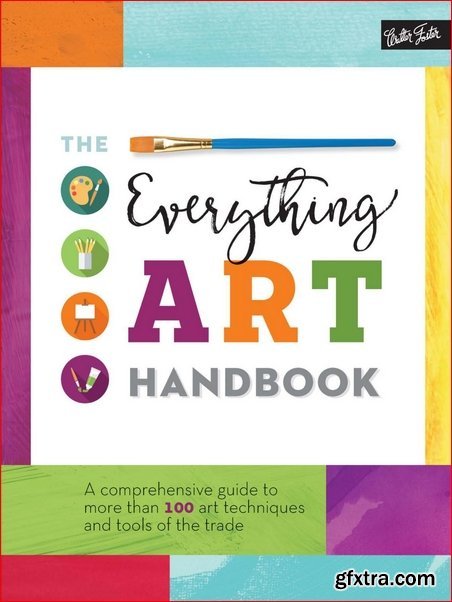 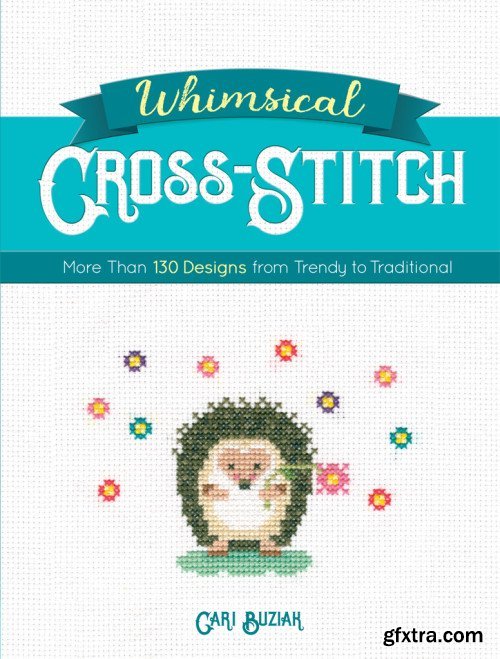 Whimsical Cross-Stitch: More Than 130 Designs from Trendy to Traditional
English | February 13th, 2019 | ISBN: 048682862X | 128 pages | EPUB | 171.31 MB
A Book of the Month  Club's Crafter's Choice!
Cross-stitch is a traditional hobby ” but your designs don't have to be! These more than 130 patterns reflect a modern sensibility, with motifs ranging from trendy to vintage to kitschy, so there's something here for everyone. All are designed to fit into a 6-inch or smaller embroidery hoop, making them quick projects that can be finished in an evening or weekend. If you're feeling ambitious, the small designs can be assembled to form a larger piece. 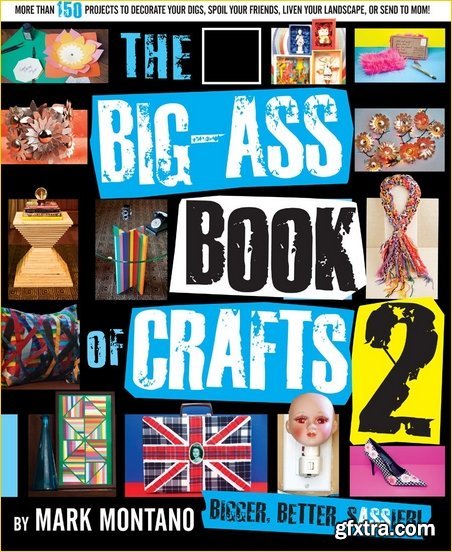 If You Can Doodle, You Can Paint: Transforming Simple Drawings into Works of Art
Categories: E-Books & Audio Books » Arts & Crafts Books 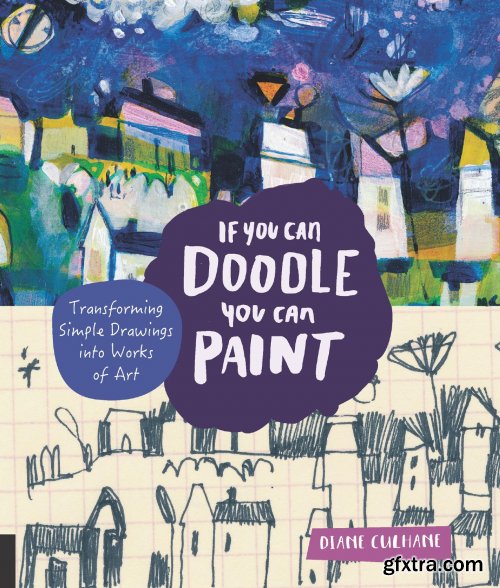 If You Can Doodle, You Can Paint: Transforming Simple Drawings into Works of Art

Doodling is really just mark making . . . marks that happen when you are otherwise occupied. These intuitive marks that flow from you naturally while you are doodling are an expression of your true style, like your handwriting. This book looks at our doodles as resources; treasures from which we can create full-sized paintings. Even if you don't consider yourself a doodler, the exercises and techniques in this book will give you a fun way to tap into your personal style, the voice that comes from deep inside. 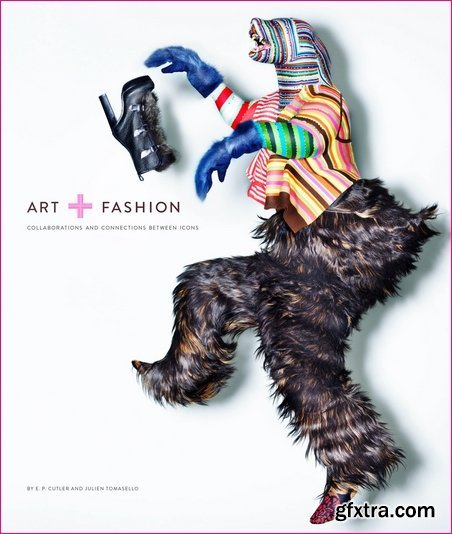 Art + Fashion: Collaborations and Connections Between Icons by E.P. Cutler and Julien Tomasello
English | 2015 | ISBN: 1452138699 | 224 pages | PDF | 414 MB
A volume of magnificent proportions, Art + Fashion is as exciting and elegant as the creative partnerships it celebrates. 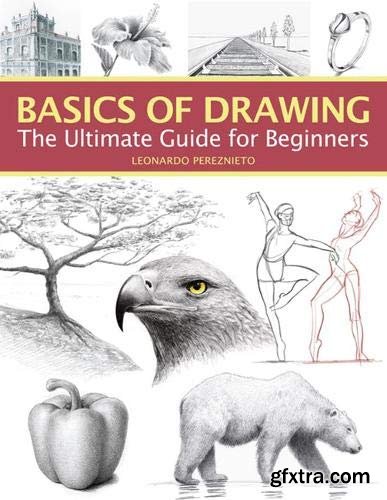 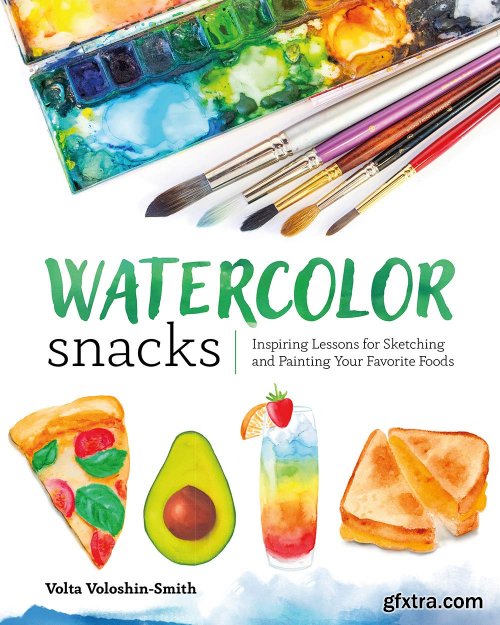 Watercolor Snacks: Inspiring Lessons for Sketching and Painting Your Favorite Foods
English | ISBN: 9781681987170 | 2021 | 532 pages | EPUB | 13 MB
Relax and take a bite out of this tasty guide to creating watercolor paintings of your favorite treats! Watercolor Snacks is for food lovers, beginning artists, and anyone who wants to explore the world of watercolors through easy and accessible prompts and exercises. This colorful guide walks you through basic watercolor techniques and how to apply them to create beautiful, delicious-looking paintings. 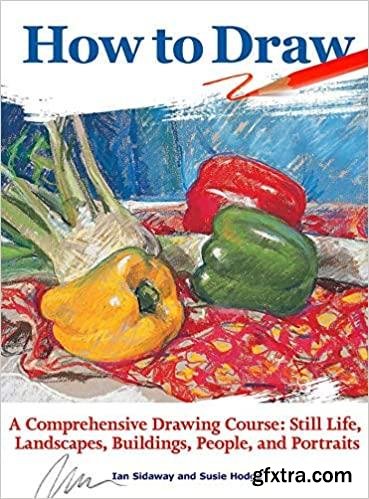 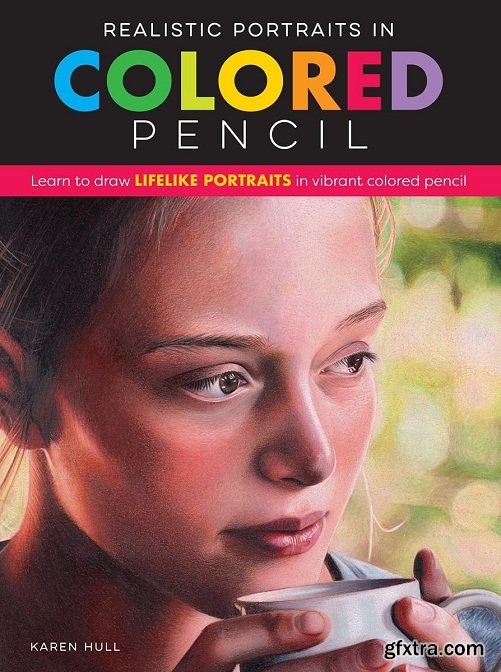 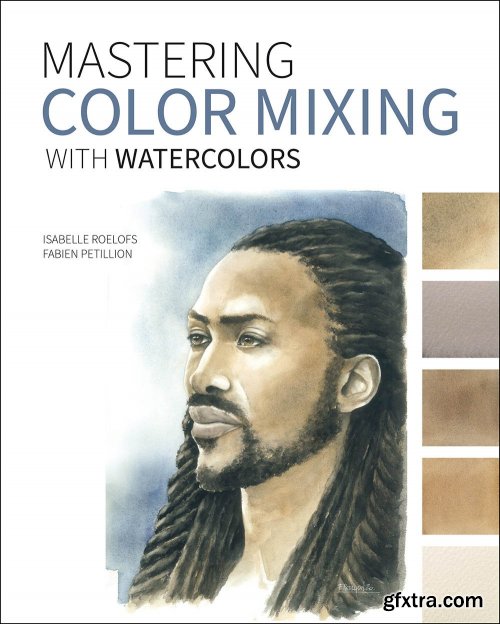 Mastering Color Mixing with Watercolors
English | ISBN: 9781681987811 | 110 pages | 2021 | EPUB | 30.69 MB
Learn to create any color from a basic palette of just 11 colors!
What if you could create any color you wanted, from a basic palette of just 11 colors? That is what the art of color mixing is all about. And once you master it, you will be able to create a broad range of all the colors you might need. Your options will be limited only by your imagination. 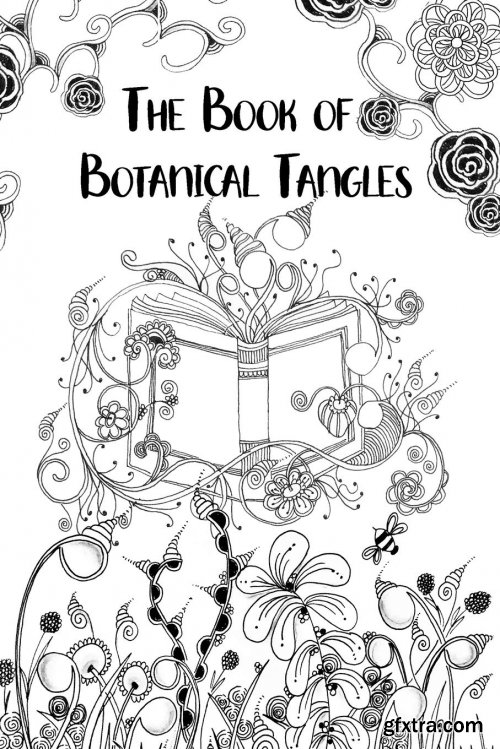 The Book of Botanical Tangles: Learn Tangles and Line Drawings to Create Your own Botanical Art 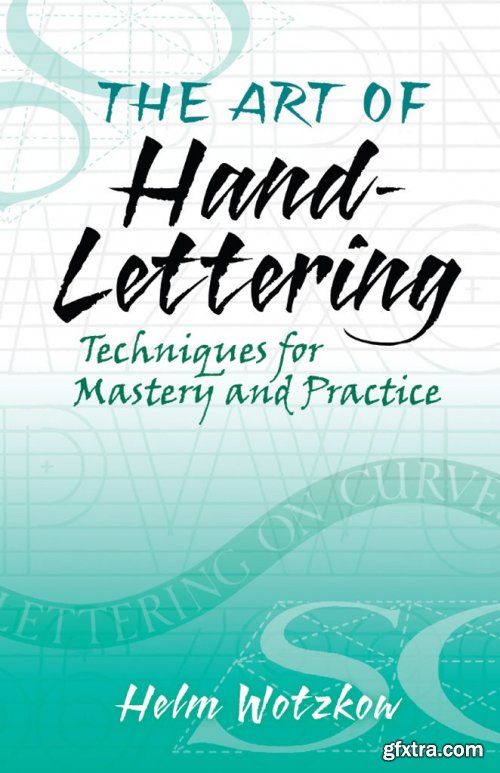 The Art of Hand-Lettering: Techniques for Mastery and Practice

Author Helm Wotzkow, a commercial artist specializing in advertising, leads readers step by step from beginning to advanced skills. His extensive experience provides so many helpful suggestions and tips that even professional letterers will find useful new ideas on almost every page. 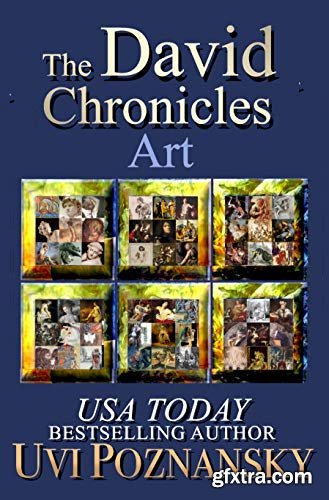 The David Chronicles Art
English | 2021 | ISBN-13 : 979-8721612886 | 449 Pages | PDF, EPUB, AZW3 | 243.84 MB
The David Chronicles Art encompasses six collections of art throughout the ages built around the story of David. How did the masters of art imagine the epic battle of David and Goliath, the aftermath of David’s victory over Goliath, and the decline of the House of Saul and David’s rise to the throne? How did they imagine the most torrid love affair ever told, David’s forbidden love affair with Bathsheba, the rape of David’s daughter, Tamar, by her half-brother Amnon, and the affair of King David and his last concubine, Abishag? 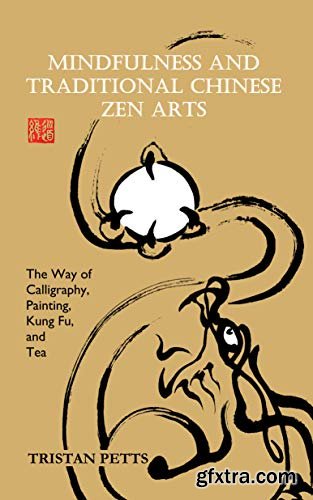 Mindfulness and Traditional Chinese Zen Arts: The Way of Calligraphy, Painting, Kung Fu, and Tea
English | 2021 | ISBN-13 : 978-1916078901 | 180 Pages | PDF, EPUB, AZW3 | 38.16 MB
Mindfulness meditation disciplines are deeply rooted in the Far East’s cultural past, and yet they are now being widely taught and researched in the modern West. What is more, when these differing perspectives on the same spiritual territory come together from opposite ends of the globe, their ways can interweave harmoniously – allowing for a new greater synthesis, or Way, to manifest. 'Mindfulness and Traditional Chinese Zen Arts' takes you on a journey into and through that broader landscape – into the heart of secular mindfulness and ancient Chinese Zen philosophy – by demystifying four traditional Chinese Zen arts that are more than 1000 years old. The author, Tristan Petts, a qualified British secular mindfulness meditation instructor, has spent two decades painstakingly searching for and practicing traditional mindful arts under authentic masters. Now, after having taught mindfulness and Chinese Zen arts alongside one another in the Far East for many years, he is committed to sharing the insights that he has gathered along that Way. Written in the simple, clear, modern scientific language of western secular mindfulness, this book holds the potential to delight, inspire, and enlighten anyone interested in world arts, mindfulness, Chinese Zen philosophy, or eastern practical spirituality in general.