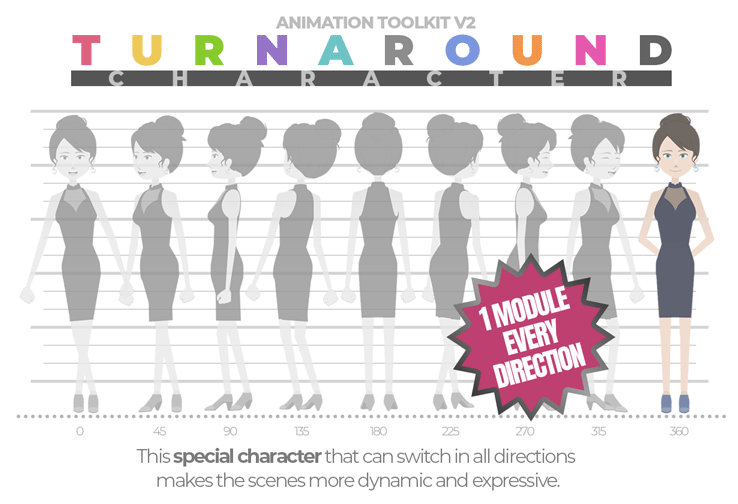 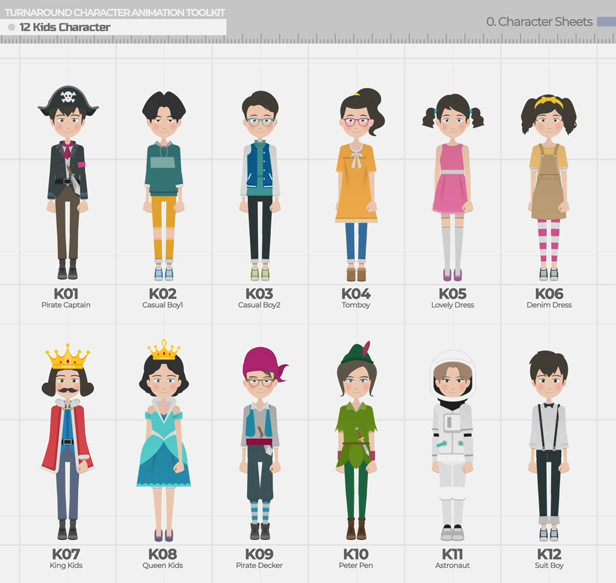 The full rigging character that switches to 8 directions can interact with the target in the scene, or expressive various lines of sight. To create a well-made character animation, It takes a lot of controls and channels. This toolkit carefully chosen and improved these channels and compressed them into 32 channels. The fact that ‘the controls and channels to deal with have been reduced’. It means that animation task is easy and simple.

The free DUIK script(v15.52) was used in this project’s character module. However it can be used without script. Duik bassel 16 version is not compatible with this project.

The preview video musics in demo are not included.