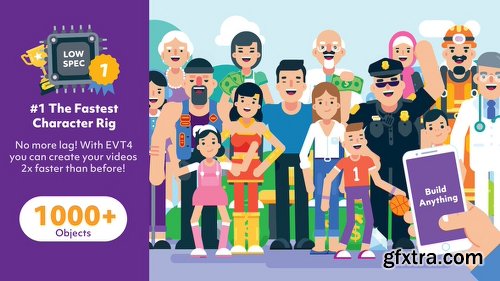 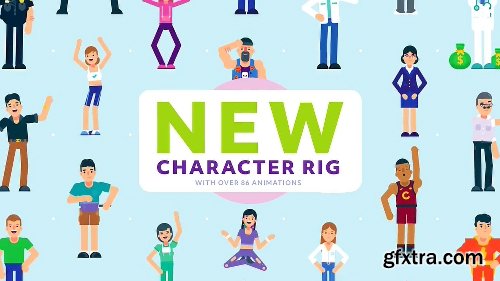 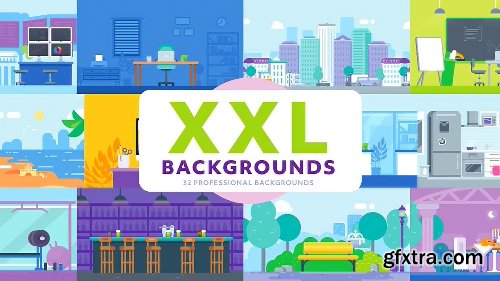 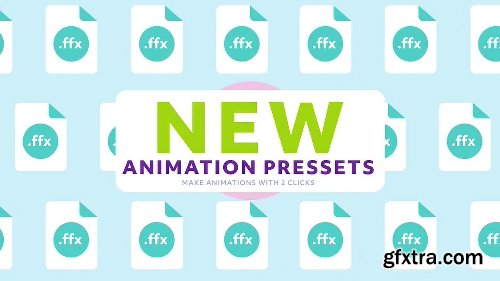 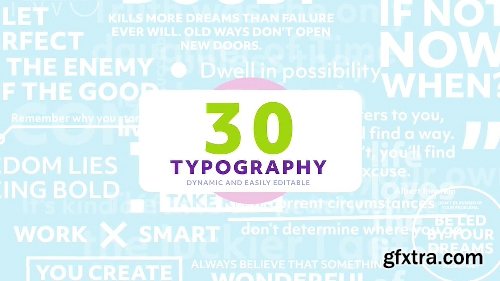 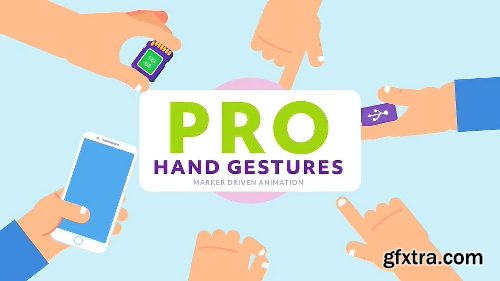 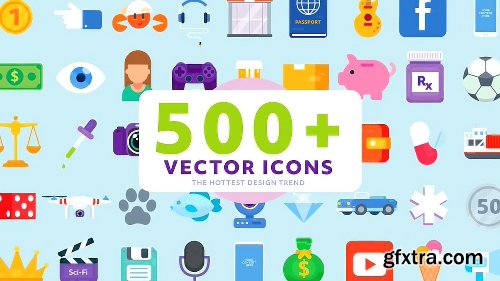 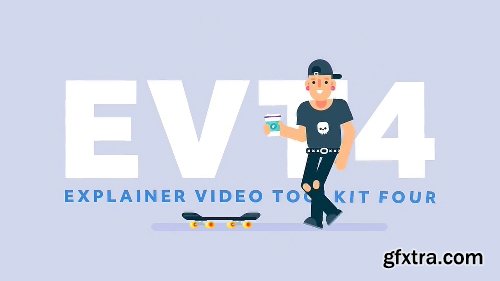 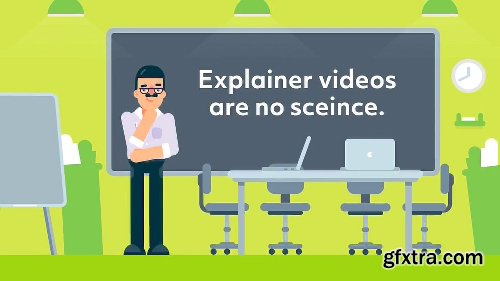 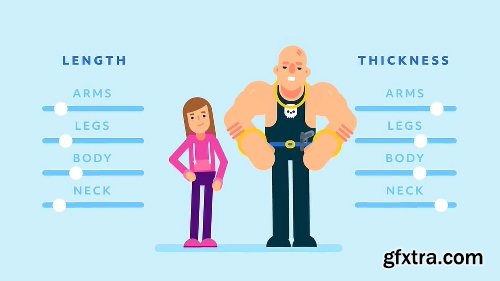 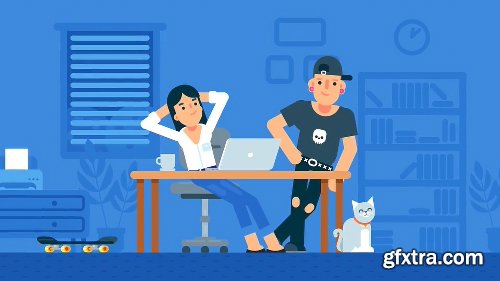 Explainer Video Toolkit 4 is result of months of research on rigging characters and 5 years of experience with making explainer videos. I’ve created this toolkit as a tool I would like to use personally while working on freelance projects. Now it is available for everyone to use.
Top priority of the template were simplicity, low system requirements and flexibility and I’m proud to say these obejctives were acomplished. Explainer video toolkit 4 is the only template on videohive which will work really well even on low end computers.
Customization of characters is as simple as possible. It is really just about dragging and dropping texture you like into dedicated texture composition. You can also create your own textures and reuse them as many times you want. No more repeating of setting the same parameters for every character over and over.
The character rig has the lowest latency possible so animating and manipulating with characters is really quick. There is not many scripts and minimum layers are used inside the character compositions.
Flexibility of the rig is insane, you can easily make very tall, short, skinny, fat or anyhow exaggerated characters. For advanced users this template can serve as foundation for all their character animations. No more rigging from scratch. Just create your own texture and animate your unique character.
Design of the template is made to keep pace with the latest graphic design trends so you can buy more illustrations and elements from any seller on any marketplace and combine them with EVT4 elements seamlessly.
Loading project files from special project panel means that you don’t have to load a whole huge file with all elements, but just the objects you need.
For beginners there are 12 short video tutorials in tutorials folder which explain everything from start to finish ( Instalation, Composing scenes, Using animation presets, Character customization, Character animation, Lip sync, Using various objects such as: Intros, Typography, Diagrams etc… ,Using Continuous Rasterizing).
TECHNICAL DETAILS
1000+ Elements.
The most flexible character rig.
Low latency character rig.
100% After Effects! Everything is customizable.
12 Video Tutorials (Average time per tutorial is around 3min).
100% Vector graphics (1080p or any higher resolution is possible).
Tested After Effects CS6, CC compability.
PSEUDO EFFECTS
Many similar explainer video templates use DUIK from Nicolas Dufrense but this time I wanted something really good for the toolkit so I took the original DUIK15 rig and spent 2 months improving it’s functions. This is why in the EVT4 rig you can control thickness and length of any body part without breaking expressions. That means you have to install EVT4 custom pseudo effects to control the rig. (Only AE CC2017 and older. AE CC2018 and newer don’t need to install anything) But dont’ worry it is just copying a few lines of codes into your PresetEffects.xml. Short text and video tutorials with instructions are included