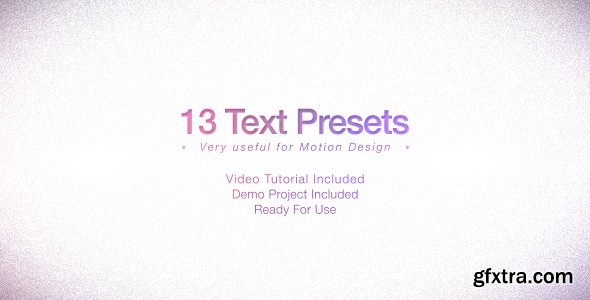 Videohive Template – Text Presets Pack by Denis Stefanides. This pack contains 13 text presets (scale, position, rotation in/out) that will help you to save time and energy! You don’t have to worry about letting your text appear on screen. Simply click on the presets in any project you’re working on and you’ll have a nice looking animation in a second. Just copy the prepared folder to your presets folder on your computer, (Video Tutorial Included) There is also a Demo file included in which you can see how the animation works.