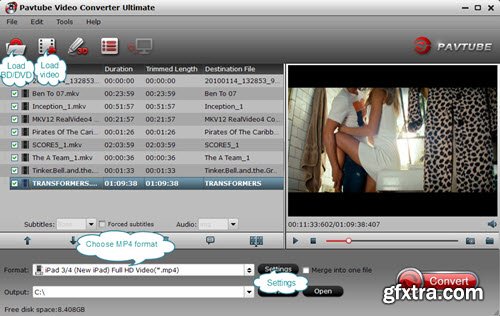 Allow various file types as source media
This Pavtube Video Converter Ultimate supports multiple file types as source media, including Blu-ray and DVD movies, and a wide range of HD and SD video files, like MTS, M2TS, TOD, MOD, MOV, WMV, MP4, TiVo, FLV, some MXF files, etc that are downloaded online and recorded by camcorders. Plus, the Blu-ray and DVD movies can be imported from not only BD/DVD Disc, but also BD/DVD Folder and BD/DVD ISO image.