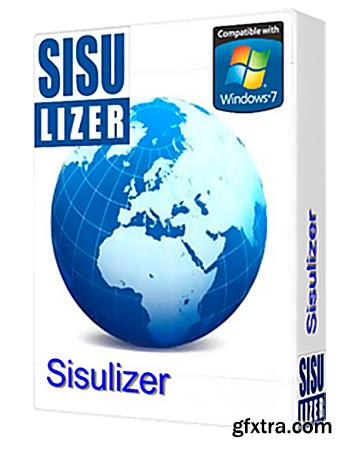 Sisulizer 3 Enterprise 3.340 Multilingual | 68.26 Mb
Sisulizer is the next generation in software localization. Localize Your Software & Increase Your Revenue. When you localize your applications and make them available in new languages, you open new markets and new revenue streams. Sisulizer lets you increase profits by making it easy to offer your software in multiple languages. Don't give translators access to your source code. With Sisulizer, you can provide your translation team with the information they need, without making them wade through complicated programming code, and without giving up control of your source code.

You have complete control over every word to be translated. You can begin the translation work yourself, and mark each phrase as translated properly, auto-translated, translated by best guess, out for review, or complete. Use Sisulizer's Exchange Wizard to create and send your translator a single file that contains a self-installing Sisulizer Free Edition, along with your project file. When your translator has completed the translation, they'll run Exchange Wizard to create a single file that is sent back to you.

Now that your translator has finished translating all of your strings, and you've received your updated file, simply run Sisulizer to build the new version of your program in the new language. It's that easy! You're in control throughout the project, and localization has never been simpler. Sisulizer easily handles all languages, including right-to-left and double-byte languages. And the program keeps track of what has already been translated, making it fast and inexpensive for you to translate later versions of your application.