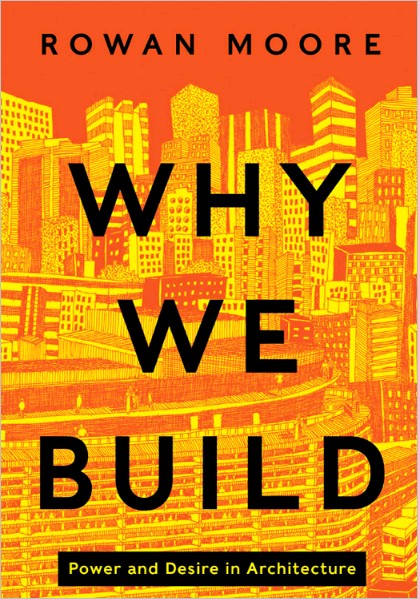 In an era of brash, expensive, provocative new buildings, a prominent critic argues that emotions--hope, power, sex, our changing relationship to the idea of home--are the most powerful force behind architecture, yesterday and (especially) today.

We are living in one of the most dramatic periods in modern architectural history: a time when cityscapes are being redrawn on a yearly basis, architects are testing the very idea of what a building is, and whole cities are being invented overnight, both here in the United States and in exotic locations around the world.

In this bold and wide-ranging new work, Rowan Moore--former director of the Architecture Foundation, now a leading architecture critic--explores the reasons behind these changes in our built environment, and how they in turn are changing the way we live in the world. Taking as his starting point dramatic examples such as the High Line in New York City and the outrageous island experiment of Dubai, Moore then reaches far and wide: back in time to explore the Covent Garden brothels of eighteenth-century London and the fetishistic minimalism of Adolf Loos; across the world to assess a software magnate's grandiose mansion in Atlanta and Daniel Libeskind's failed design for the World Trade Center site; and finally to the deeply naturalistic work of Lina Bo Bardi, whom he celebrates as the most underrated architect of the modern era.

Provocative and personal, iconoclastic and transforming, Why We Build is that rarest of things: a book about architecture that is also, on every page, a book about people--those chosen few who design buildings, and the rest of us, who use them every day.