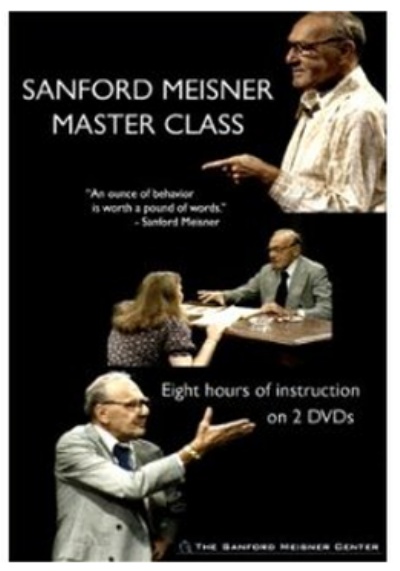 A comprehensive Master Class in acting taught by Sanford Meisner, this 8 hour instructional DVD set is the only existing video record of Meisner's teaching. Essential viewing for film, TV and theater actors and directors, these DVDs also offer artists of all disciplines the opportunity to learn directly from a master who is now considered one of the most important acting theorists and teachers of the twentieth century. In 1980, a group of Meisner's alumni recognized the importance of preserving his teachings for future generations. They banded together and filmed a Master Class with Sandy, short clips of which were used in the 1984 PBS special Sanford Meisner: Theatre's Best Kept Secret. Until now, the rest of the 28 hours of footage remained archived and unavailable.

This DVD-set finally makes the footage from this class available to the general public; for the first time since his death in 1997, students can experience the Meisner Technique as taught by Meisner himself. A leading acting teacher who trained some of the most famous performers of the stage and screen, Sanford Meisner redefined Stanislavski's "Method" and revolutionized acting with his Meisner Technique. In 1931, a fervent group of young actors, including Sanford Meisner, Stella Adler and Lee Strasberg established the Group Theatre and brought Stanislavsky's Method acting to America. In 1933, Meisner became disenchanted with pure Method acting. From that point until his death in 1997, at age 91, Meisner developed his own technique. Meisner was an instructor and head of the acting department at the Neighborhood Playhouse for forty-eight years. For Meisner, acting was about reproducing honest emotional human reactions. The best acting, he believed, was made up of spontaneous responses to the actor's immediate surroundings. Sanford Meisner taught techniques to emphasize truthfulness and authenticity in art that resonate more strongly today than ever. 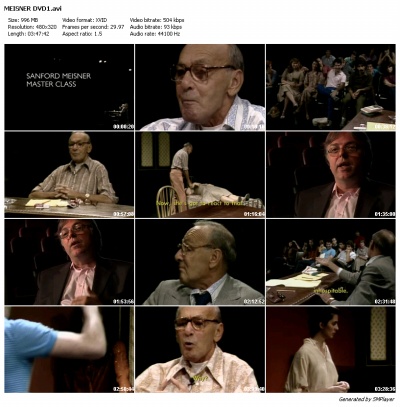