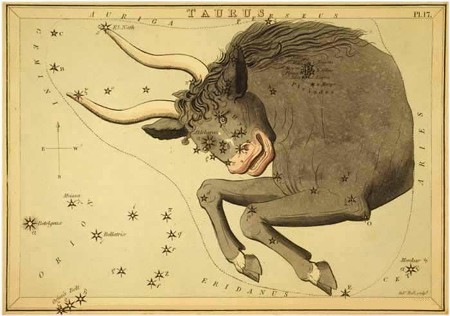 In a time seemingly more devoted to practical realities with each passing year, why would we want to study myths? What can the fables of ancient civilizations long since gone to dust tell us about the world we must deal with today, where each morning plunges many of us anew into a frenzied pace of professional tasks, madcap scheduling, and day-to-day concerns on a scale those ancients never could have imagined, leaving us precious little time to ponder the deeper questions about life itself and our place in the world?

The answer is that the ancients did imagine such things or at least their world's version of them along with the same deep questions we ourselves yearn to solve. And we are connected to them in more ways than we ourselves might ever imagine.

They looked out upon their crops and wondered if the lands on which their lives depended would continue to be fruitful. And they looked toward the skies or across the oceans or even, in their mind's eye, into the darkness of the underworld and wondered if the gods who ruled them were displeased, and how to placate them if they were. And they wondered why, despite all of their efforts, misfortune still fell upon them, and what this portended about the fate of humanity itself.

And in their myths, which contemporary scholars are still wresting from the past, they gave us their answers the ways they thought they should live and die, the rules of love and marriage, how to raise their children, the rituals of worship, and the relationship they would have to their gods.

These are, of course, the same answers those of us in modern times spend our own lives trying to find. So in looking at the ancients mythology from a variety of different perspectives, we can learn an extraordinary amount about not only their world and how they viewed it, but about ourselves as well. And we also gain the benefit of experiencing the pleasures of literature in reading these very first stories humanity's oldest from the cradle of civilization.

Provocative Parallels With the Old Testament

Ancient Near Eastern Mythology opens a remarkably clear window into that ancient world, made all the more inviting because of the provocative parallels the region's mythology shares with the Hebrew Bible/Old Testament, and the opportunity those parallels provide for us to gain new perspectives on the wellsprings of the religious heritage shared by so many.

In exploring the mythology of this vital region which encompasses both Egypt and Mesopotamia, the superpowers of the time, and the Hittite and Canaanite cultures that lay between them scholars of myth must confront the problems imposed by the lack of any central source of ancient myth.

They have had to painstakingly gather what they know from many genres, including poetry; religious ritual; administrative documents such as king lists that might claim the reign of an actual historical ruler to be hundreds of years, thus revealing embedded mythic material; and archeological finds, from pottery to ancient texts.

And though many approaches have been taken to the study of myth, your professor whose experience with the subject matter is itself multidisciplinary, including a foray into opera with famous American composer Philip Glass lets you experience them from four different thematic perspectives:

# Myth as ancient science, functioning as a way for the ancients to explain things: the origins of the earth; the creation of human beings; the social order of the times and the need for kings to stay in power; the great questions of human life such as issues about death or suffering...

# Myth as a refraction or reflection of history, so that in reading the tales of the gods we are really gaining an understanding of the dynamics of royal families...

# Myth as connected to ritual, an approach that links religious practice and sacred narrative, so that we see how people of the time expressed their ideas about the divine and about the world, and especially how to achieve and maintain the cosmic harmony that was essential to life not being disrupted; and...

# Myth as embodying psychological and spiritual truths, with the commonality that is borne out by the appearance of universal themes in all mythologies telling us something about human psychology.

A Wealth of Insight From a Treasure Trove of Material

Professor Goldman's approach to the material is as intimate as it is knowledgeable sharing, rather than lecturing about, a remarkably varied assortment of poems, stories, anecdotes, and insights, including:

# The controversy over whether finding common threads between ancient myths and the Hebrew Bible/Old Testament such as the story of the flood from The Epic of Gilgamesh and the story of Noah, or the episodes of the infant set afloat in a reed basket in both the autobiographical The Sargon Legend and the story of Moses supports or undermines religion, as well as the strategy of famed British archaeologist Leonard Woolley, who used this very controversy to ensure funding for his research;

# The cycle of death and rebirth as carried out by the Egyptian pharaohs, in whom are embodied, in life and death, respectively, Horus, god of kingship, and Osiris, god of the dead;

# The chilling passions of the goddess Anath, who was sister/consort to the Canaanite deity, Baal, and whose joy in bloodshed and war literally bathing in blood personified for the people of Ugarit (an ancient city and kingdom in what is now Syria), and the other peoples of the ancient Near East, the fear of war and the idea that war, once begun, is soon beyond anyone's control;

# The intense romantic passion of the original Song of Solomon, and how it differs from the Song of Songs that appears in so many church Bibles;

# Some intriguing and unexpected highlights from the Code of Hammurabi the laws promulgated by the Babylonian king of the 18th century B.C. including a major difference in the way in which Egyptian and Mesopotamian society differed with respect to both marriage and adultery;

# The story of Enmerkar and the Land of Aratta, which includes mythic elements, a recognition of the need for statecraft, and also a wonderful detail that gives insight into Sumerian ideas about the mythic origins of writing, which made their civilization possible;

# Vivid sections from The Adoration of Inanna of Ur, one of the great poems of the ancient Near East. Attributed to Enheduanna (who was appointed by her father, Sargon, as priestess of Sin, the moon goddess), the poem was, along with The Sargon Legend, a rare instance of two surviving documents from the same family, and gives us information about the place of women in the rituals of ancient Near East culture; and

# The amazing tale of Akhenaten and Nefertiti whose 10-year reign in Akhetaten inspired an unfinished revolution in Egyptian religion and art including the discovery of the Amarna letters, a treasure trove of diplomatic correspondence that revealed a surprising sense of internationalism and pragmatism by the Egyptians.

In these and other glimpses of a mist-shrouded world, Ancient Near Eastern Mythology sharpens our view of our own world. 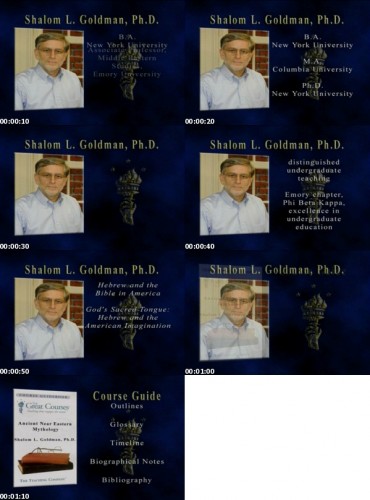