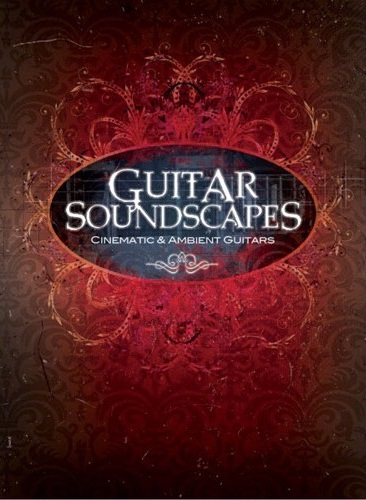 We've also included an enormous 1 GB of Xtra Guitar Pads, Sound Effects, One-Shots, Melodies and Noises categorized into various emotions like anger, horror, hurt and many more; as well as ebow guitar, guitar harmonics (pinched and hammered), guitar chords (major and minor with chord inversions), guitar slides, guitar string noise and pulse guitars which can be used to add rhythmic texture to tracks. Feed the inner fire, and let the emotional conviction of Guitar Soundscapes spark your creative flames and inject your tracks with the epic power of today's Cinematic and Ambient music.

Gutiar Soundscapes Kontakt version is part of our KLI Series and includes a custom user interface with various features to help make it easier to customize the include loops and sounds exactly how you want. You'll find all loops automatically sync to your host tempo. Each loop is presented in four different ways.

First, with the "Kit Combos" you'll find each loop as part of a complete construction kit laid out across the keyboard for easy and quick arrangements.

Second, with the "Single Instruments" you'll find that each instrument is grouped into like instruments to allow you to quickly find all specific instruments in the library.

Third, each loop has it's own patch in the "sliced loops" section with our custom loop editing interface. Rearrange, remix, or completely rework each loop to fit with your music exactly how you want.

Finally we have included a demo section for quick auditioning of the entire library.

The KLI version of this product comes with the KLI 2.0 update and comes in both Kontakt 4 and Kontakt 5 versions. For those with the full version of Kontakt 5, take advantage of the new high quality and extremely flexible new time stretching algorithm as well as a bunch of new included FX.

Kontakt Version (KLI 2.0)
Using these Kontakt Patches requires the full version of Kontakt version 4.2 or later.
Guitar Soundcapes includes over 3.3 GB of content with 531 different kontakt patches.
Demo Patch - There is a Demo Patch which provides the user with all of the demos from each of the song kits in one instrument.
Kit Combos - 20 patches are included in the Kit Combos section. Each patch contains each loop from that construction kit to create quick and easy arrangements.
Sliced Loops - Each loop from the product has been given it?s own patch and can be edited extensively using the "loop fx" interface.