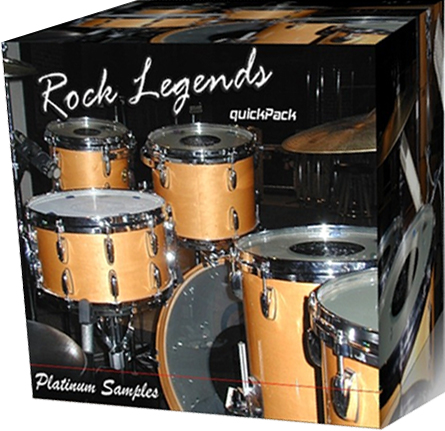 Platinum Samples Gretsch Rock Legends Kit for BFD and BFD Eco-MAGNETRiXX | 4.71GB
Inspired by features and style from Gretsch’s most prolific rock drummers, the Rock Legend 125th Anniversary drum set is a tribute to rock music’s legendary players. The Rock Legend set features classic 6-ply USA Custom drums, the same Gretsch shell formula that was used back when rock music was developing and defining a culture all its own. Other classic features include vintage rock sizes, mounted tom, Gretsch Round Badge and Millennium Maple finish. To celebrate Gretsch’s 125th anniversary, other subtle appointments have been included.

A handsome black Gretsch 125th Anniversary logo is affixed directly onto the bass drum shell, underneath the lacquer. The 125th logos also adorn each of the "Black Dot" tom batter drum heads, the coated snare drum head and clear resonant heads. Both bass drum heads are clear and the classic Gretsch Drums logo is in offset position on the resonant head. Unique, serialized orange/white vintage internal shell labels have been applied to each shell to give each drum an identity of its own.

The Rock Legend kit was limited to 125 total kits for 2008 production.

Recorded and produced by Rail Jon Rogut
This BFD2 and BFD Eco expansion kit was recorded via a classic Neve 80 series console, Sontec Equalizers and a Fairchild 670. Microphones used included Telefunken ELA M 251's on the Overheads and the Floor Toms, AKG C12A's on the Rack Toms & Neumann M49's on the Stereo Room.

The samples are formatted for both BFD2 and BFD Eco and are available at 44.1kHz/24 bit with as many as 141 velocity levels in BFD2