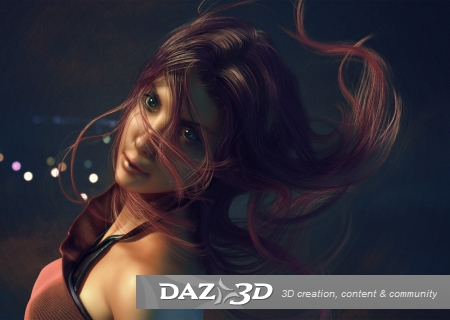 DAZ Productions originated as the Poser-production division of Zygote Media Group, Inc., in Provo, Utah where the content included within Poser 3 and 4 was born. After creating the default content for MetaCreations, Daz developed the "Millennium Woman" Victoria and the "Millennium Man" Michael figures. With a tremendous positive response from the Poser user base, DAZ gained a strong reputation as the premier source for Poser oriented digital content. In December of 2000, DAZ branched off from Zygote, and became a freestanding corporation. In January 2001, DAZ Productions opened its first e-commerce website with 159 products. DAZ has built a business by creating 3D digital content at affordable price points offered to the public via an online store. DAZ also works closely with third party artists and offers an online publishing program through which these artists can make their own creations available to the DAZ customer base.

The company now sells over 3,000 products to a constantly growing group of customers. DAZ has a variety of software solutions designed to expand the market for digital content, including the increasingly popular DAZ Studio software application. DAZ Studio removes the barrier to entry for newcomers to the 3D industry, as it is offered free of charge. DAZ Studio provides an environment where users may take their favorite 3D assets and easily create art or animation for either recreational or professional endeavors. With a free, easy to use 3D tool, DAZ hopes to reach new industries and individuals that would otherwise be excluded. DAZ continues to focus primarily on creating digital content, and only develops items that help increase the demand for future DAZ digital content. With this in mind, DAZ continually develops new versions of their popular "Millennium" figures, as well as developing relations with the most successful third party content creators.

Voted "Software Innovation of the Year" by a panel of leaders in the 3D industry, the GenesisTM figure platform built on DAZ Studio 4's new technology was determined the best software break-through that "...delivers new techniques and algorithms, and provides a clear benefit for artists in the creation or implementation of CG assets..."

DAZ Studio 4 Advanced is the Ultimate 3D Figure Creation Platform. Inheriting the best of DAZ Studio 3 Advanced, DAZ Studio 4 Advanced (DS4A) represents an entirely new generation of DAZ Studio with a new look and feel focused on ease-of-use. From HUGE scary trolls to cute toon kids, DS4A provides the ultimate ease and flexibility in loading and blending custom shapes to meet your exacting standards. DS4A enables the next generation of figures from DAZ 3D, the GenesisTM figure series, which facilitates a whole new paradigm of figure creation and sharing. DS4A is compatible with previous generations of content and a handy "Auto-Fit" tool is available to "convert" previous generations of content to fit the new Genesis series of DAZ 3D figures.
Download: