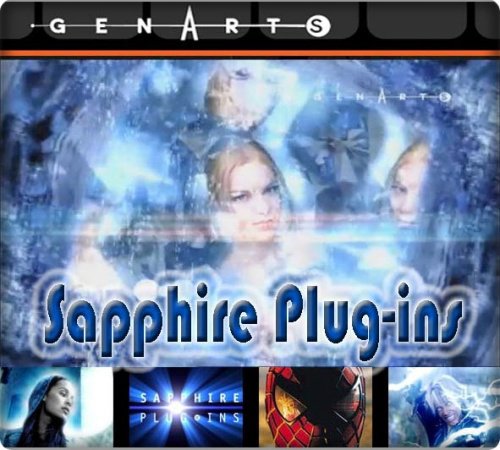 Sapphire Plug-ins have become the industry standard for high-end visual effects creation by providing unrivaled image quality, a unique organic look, and ease of use. They have been used extensively in an array of television programs, music videos and feature films, including: Pirates of the Caribbean 1, 2, and 3, Spider-Man 1, 2 and 3, Superman Returns, The Chronicles of Narnia: The Lion, The Witch and The Wardrobe, The Lord of the Rings trilogy, Star Wars - Episode I, II and III, Sin City, The Matrix trilogy, X-Men 1, 2 and 3, Titanic, Lost and CSI.

Sapphire 5 for After Effects details:
- Over 220 must-have effects, each with many options and parameters that can be adjusted and animated for an unlimited range of effects.
- The Sapphire 5 upgrade includes 15 new effects such as TVDamage, TVChannelChange, Technicolor and many new transitions.
- GPU enabled for lightning fast render speeds. NVidia GeForce 200 or 400 series or Quadro 5800 graphics card required for maximum performance.
- Sapphire 5 uses full floating point for all internal processing, improving quality for many effects.
- More than 200 total plug-ins for image processing and synthesis.