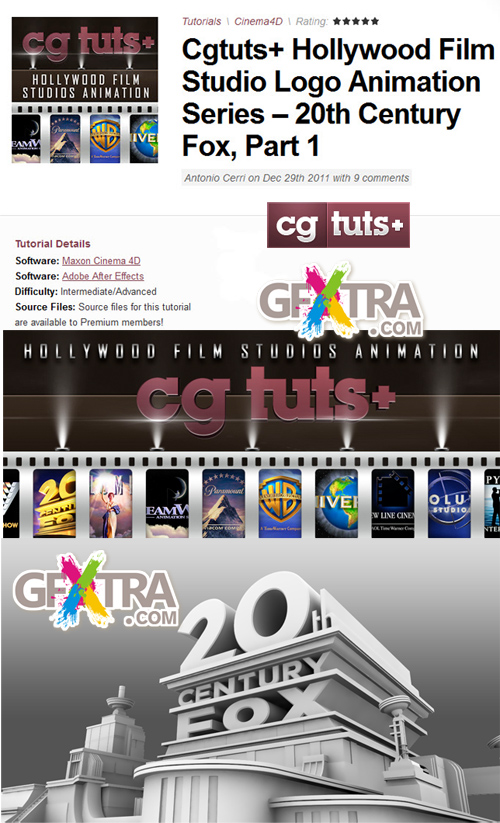 Today we’re extremely excited to launch “The Film Studio Logo Animation Series” by Antonio Cerri here on Cgtuts+. Back in October we gave you the chance to vote on which studio logo you wanted to see kick off this series, and although it was an extremely close battle between 20 Century Fox, Dreamworks Animation SKG and Paramount Pictures. 20th Century Fox was victorious in the end, and Antonio Cerri has been hard at work ever since re-creating this iconic logo animation in Cinema 4D and After Effects. And today we’re bringing you the first part!

Welcome to this first tutorial in the “The Hollywood Film Studio Logo Animation Series”. After 75 years, the iconic 20th Century Fox logo is still a reference for many 3d artists. So today we’ll analyze the historical aspects, the style used, and how to easily create some of the elements in the scene (capitals, moldings, etc..) in Cinema 4D.

Stay turned for the second part of the tutorial which will be releasing very soon! Happy new Year!!