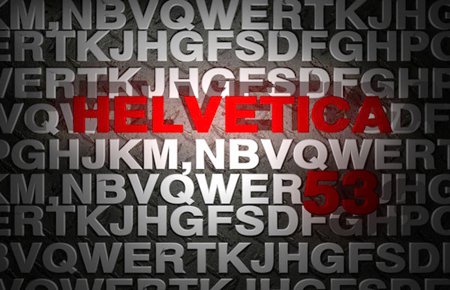 The Cyrillic version was designed in-house in the 1970s at D. Stempel AG, then critiqued and redesigned in 1992 under the advice of Jovica Veljovic. Matthew Carter designed the Helvetica Greek.

Helvetica Textbook is an alternate design of the typeface. Some characters such as 1, 4, 6, 9, I, J, a, f, j, q, u, μ, and ¶ are drawn differently from the original version.

Helvetica Inserat is a version designed in 1957 primarily for use in the advertising industry. Sharing similar metric as Helvetica Black Condensed, the design gives the glyphs a more squared appearance, similar to Impact and Haettenschweiler. Strike with strokes in $, ¢ are replaced by non-strikethrough version. 4 is opened at top.

Helvetica Narrow is a version where its width is between Helvetica Compressed and Helvetica Condensed. However, the width is scaled in a way that is optically consistent with the widest width fonts. The font was developed when printer ROM space was very scarce, so it was created by mathematically squashing Helvetica by 18% (to 82% of the original width), resulting in distorted letterforms and thin vertical strokes next to thicker horizontals. OpenType version was not produced by Adobe under the distortion reasoning, and recommended Helvetica Condensed instead. However, in Linotype's OpenType version of Helvetica Narrow, the distortions found in the Adobe fonts are non-existent

Neue Helvetica is a reworking of the typeface with a more structurally unified set of heights and widths. It was developed at D. Stempel AG, Linotype's daughter company. The studio manager was Wolfgang Schimpf, and his assistant was Reinhard Haus; the manager of the project was René Kerfante. Erik Spiekermann was the design consultant and designed the literature for the launch in 1983.] Other changes include improved legibility, heavier punctuation marks, and increased spacing in the numbers. Neue Helvetica uses a numerical design classification scheme, like Univers. The font family is made up of 51 fonts including 9 weights in 3 widths (8, 9, 8 in normal, condensed, extended widths respectively), and an outline font based on Helvetica 75 Bold Outline (no Textbook or rounded fonts are available). Linotype distributes Neue Helvetica on CD. Neue Helvetica also comes in variants for Central European and Cyrillic text.

It is a version with Latin Extended, Greek, Cyrillic scripts support. Only OpenType CFF font format was released. The family includes the fonts from the older Neue Helvetica counterparts, except Neue Helvetica 75 Bold Outline. Additional OpenType features include subscript/superscript.

Also called Helvetica Linotype, Helvetica World supports Arabic, Cyrillic, Greek, Hebrew, and Vietnamese scripts. The family consists of four fonts in 2 weights and 1 width, with complementary italics. The Arabic glyphs were based on a redesigned Yakout font family from Linotype. Latin kerning and spacing were redesigned to have consistent spacing.] John Hudson of Tiro Typeworks designed the Hebrew glyphs for the font family, as well as the Cyrillic, and Greek letters.