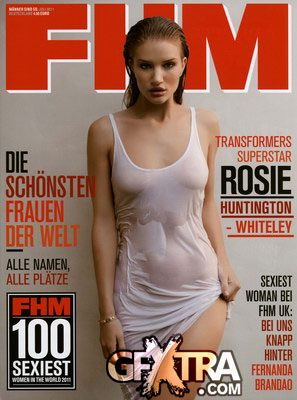 FHM Germany - 100 Sexiest Women in the World 2011 July
PDF | German | 24 pages | 19.9 MB
FHM or For Him Magazine is an international monthly men's lifestyle magazine. The magazine began publication in 1985 in the United Kingdom under the name For Him and changed its title to FHM in 1994, although the full For Him Magazine continues to be printed on the spine of each issue. Founded by Chris Astridge, the magazine was a predominantly fashion-based publication distributed through high street men's fashion outlets. Circulation expanded to newsagents as a quarterly by the spring of 1987. FHM was sold from EMAP to Bauer in December 2007.