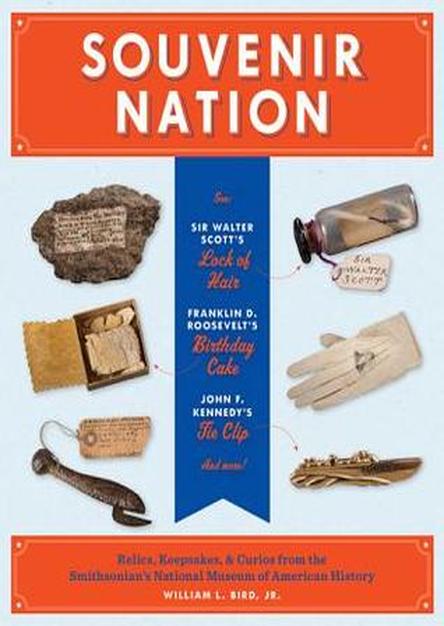 William L. Bird, "Souvenir Nation: Relics, Keepsakes, and Curios from the Smithsonian's National Museum of American History"
ISBN: 1616891351 | 2013 | PDF | 176 pages | 5 MB
Buried within the collection of the Smithsonian Institution's National Museum of American History exists an astonishing group of historical relics from the pre-Revolutionary War era to the present day, many of which have never been on display. Donated to the museum by generations of souvenir collectors, these ordinary objects of extraordinary circumstance all have amazing tales to tell about their roles in American history. Souvenir Nation presents fifty of the museum's most eccentric items. Objects include a chunk broken off Plymouth Rock; a lock of Andrew Jackson's hair; a dish towel used as the flag of truce to end the Civil War; the microphones used by FDR for his Fireside Chats; and the chairs that seated Nixon and Kennedy in their 1960 television debate.