The Cult of the LEGO
Categories: E-Books & Audio Books 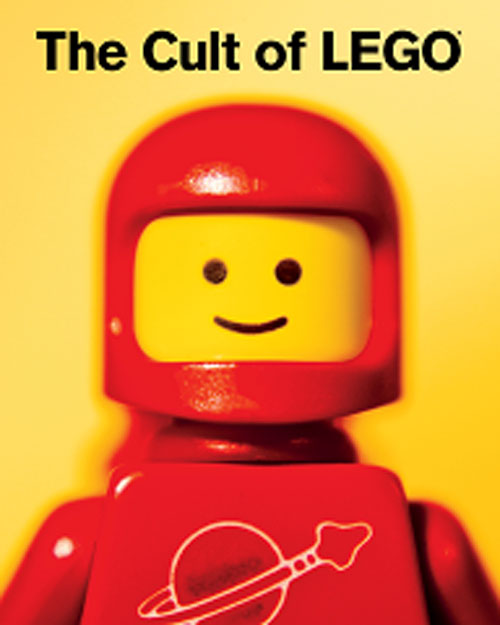 LEGO is much more than just a toy—it's a way of life. The Cult of LEGO® takes you on a thrilling illustrated tour of the LEGO community and its creations. You'll meet LEGO fans from all walks of life, like professional artist Nathan Sawaya, brick filmmaker David Pagano, the enigmatic Ego Leonard, and the many devoted AFOLs (adult fans of LEGO) who spend countless hours building their masterpieces.

In this full-color coffee table book, you'll find page after page of photos showcasing the fantastically creative and complex models built by the LEGO community. You'll marvel at a life-size stegosaurus, a microscale Yankee Stadium, a 22-foot long World War II battleship, a MINDSTORMS-powered monster chess set, and a remote- controlled Jawa Sandcrawler (with moving conveyor belt!). Visit the conventions where LEGO fans gather to socialize and show off their work. And discover the serious side of LEGO, used in therapy, prototyping, and teambuilding.

Whether you're a card-carrying AFOL or just thinking fondly about that dusty box of LEGO in storage, John Baichtal and Joe Meno's magnificent look at the world of LEGO will inspire you to take out your bricks and build something amazing.

Praise for The Cult of LEGO

"I defy you to read and admire this book and not want to doodle with some bricks by the time you're done."

"This fascinating look at the world of devoted LEGO fans deserves a place on the bookshelf of anyone who's ever played with LEGO bricks."

"A crazy fun read, from cover to cover, this book deserves a special spot on the bookshelf of any self-respecting nerd."

"An excellent book and a must have for any LEGO enthusiast out there. The pictures are awesome!"

John Baichtal is a contributor to MAKE Magazine and Wired's GeekDad blog. He has also written for legendary tabletop gaming magazines Dragon and Dungeon, as well as Kobold Quarterly and 2600: The Hacker Quarterly.

Joe Meno is the founder of BrickJournal, a print and online LEGO® fan magazine. He has organized and run LEGO fan events, acted as an advisor on LEGO projects, and helped design LEGO sets.