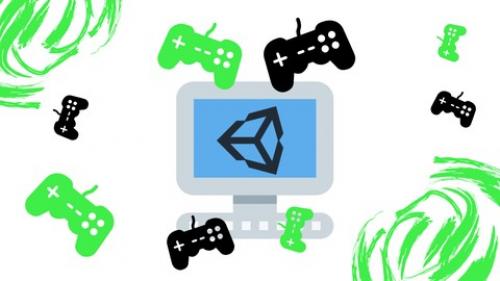 Why Learn Game Development with Unity?

Why Learn Game Development with Unity?

The gaming industry is a $100 billion industry worldwide. By 2021, that number is expected to near $120 billion. With Unity being the most widely used engine to develop games across multiple platforms, there has never been a better time to get into the field. As you will learn, the types of games you can create with Unity and C# are limitless. Game development makes a great hobby, allowing you to learn a new skill and play your game with family and friends. It is also an exciting and rewarding career, where plenty of successful developers, including myself, have learned the fundamentals of game development through courses like this, and not in the traditional classroom setting. Every great game starts somewhere, so why not make it yours? While people often find coding or making games intimidating, this Unity course utilizes a unique teaching method which will allow you to gain a thorough understanding of concepts while you develop your own games. Thanks to the Unity community, you’ll be able to connect with other developers, work together on new projects, and make some incredible games!

In this Unity course, you will:

Who this course is for: