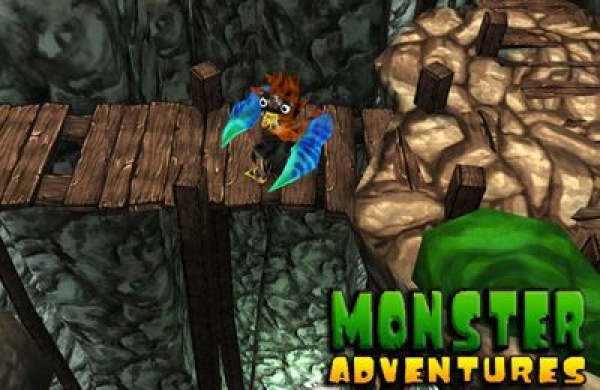 Combining the monster catching of Pokémon with the adventure elements of Zelda, Monster Adventures brings an all new blend of action/RPG gameplay! Catch, create and customize your own unique monsters, uncover an interesting story, accept quests, find loot, level up your monsters like in an RPG, journey deeper and deeper into the wilderness like in a rogue-like, play cooperatively with your friends, battle with your team of monsters against others from around the world, and much more!

• Pokémon meets Zelda!
• A seamless blend of rogue-like adventuring, monster catching, monster creation, and role playing elements!
• Create your own Monsters!
• Catch enemies and learn their abilities!
• Complete an interesting single player campaign, offering hours of gameplay!
• Find items and loot deep in the wilderness!
• Rogue-like gameplay: the deeper into the wilderness you go, the better loot you find! Fall in the wilderness though, and come back empty handed!
• RPG elements: level up your monster, find and buy items, and more!
• Embark on quests and complete a variety of challenges!
• Play with your friends!
• Battle other monsters in the Monster Games arena!
• Build a team of Monsters and pit them against other players all around the world!
• A variety of customizable control schemes, from standard dual stick, to auto attack, to one-handed, and more!
• Game Center, iCloud, iOS 7 support and more!